Pizarro And The Inca Of Peru 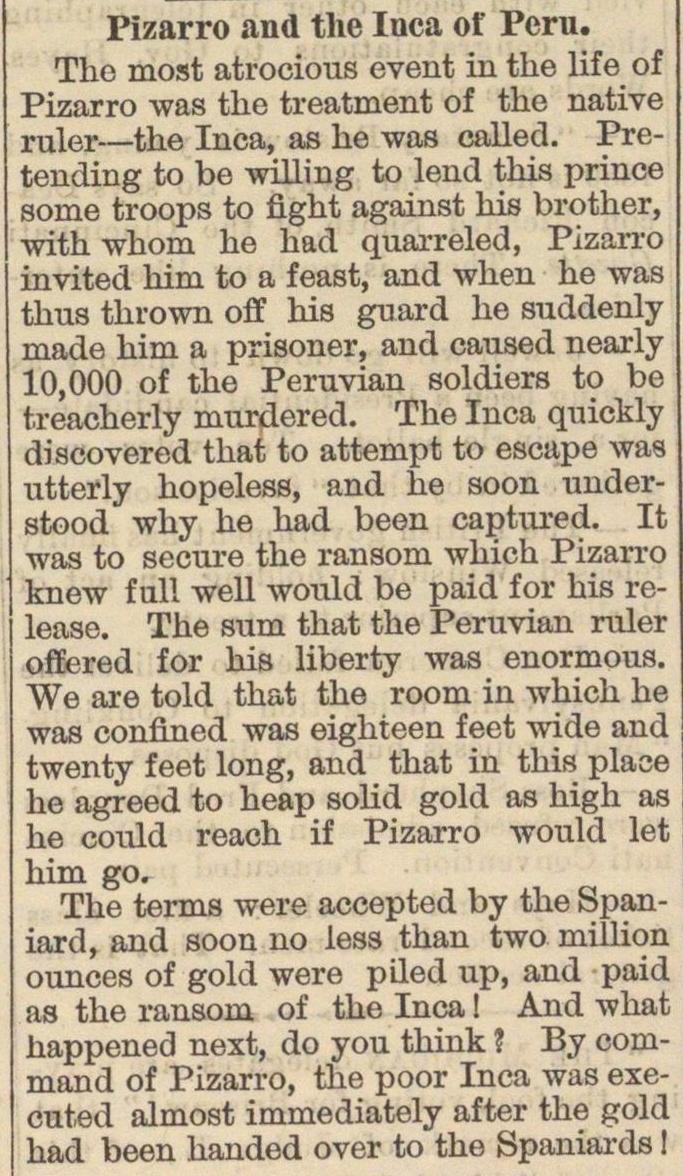 Tho most atrocious event in the lif e of Pizarro was tho treatment of the native ruler- the Inca, as he was called. Pretending to be willing to lend this prince some troops to flght against nis brother, with whom he had quarreled, Pizarro invited him to a feast, and when he was thus thrown off his guard he suddenly made him a prisoner, and caused nearly 10,000 of the Peruvian soldiers to be treacherly murdered. The Inca quickly discovered that to attempt to escape was utterly hopeless, and he soon understood why he had been captured. It was to secure the ransom which Pizarro knew f uil well wovild be paid for his release. The sum that the Peruvian ruler offered for his liberty was enormous. We are told that the room in which he was confined was eighteen feet wide and twenty feet long, and that in this place he agreed to heap solid gold as high as he could reach if Pizarro would let him go. The terms were accepted by the Spaniard, and soon no lesa than two mülion ounces of gold were piled up, and paid as the ransom of the Inca ! And what happened next, do you think ? By command of Pizarro, the poor Inca was executed almost immediately after the gold had been handed over to the Spaniards I