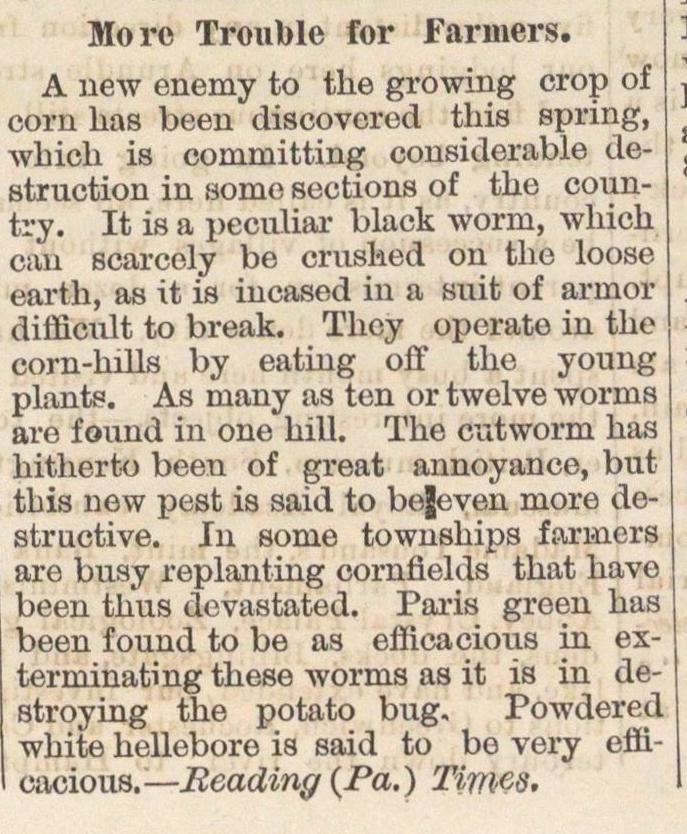 A new enemy to the growing erop of j corn has been discovcred this spring, ■wbich is committing considerable , struction in aome sections of the country. It is a peculiar black worm, which ottn scarcoly be crushed on the loose earth, as it is incased in a suit of armor difficult to break. Thoy opérate in the corn-hills by eathig oLf the young plante. As many as ton or twelve worms aio found in one MU. The cutworm has hitherto been of great annoyance, but this new pest is said to bejeyen more destructive. In sonie townships farmers are busy replanting cornfields that have been thus devastated. Paris green has been found to be as efficacious in exterminating these worms as it is in destroying the potato bug. Powdered white hellebore is said to bo very eflicacious.- Reading(Pa.) Timee.