Paid In His Own Coin 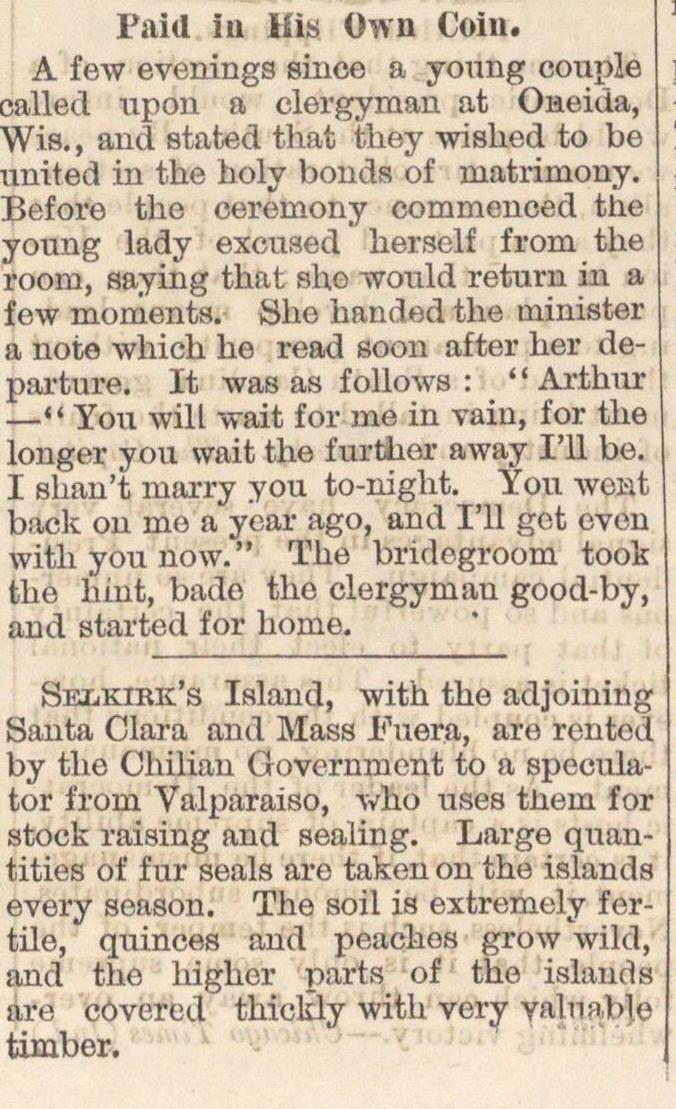 A few evemngs smce a young couple callecl upon a clergyman at Oaeida, Wis., and stated that they wished to be united in the holy bouds of matrimony. Before the oereinony commenced the young lady excused herself from the room, saying that she would return in a few moments. Sho handed the minister a note whioh he read soon after her departure. It was as follows : "Arthur - " You will -vrait for me in vain, for the longer you wait the furthor away I'll be. I shan't marry you to-night. You wout back on mo a year ago, and I'll get oven with you now." The bridegroom took the hint, bado the clergyman good-by, and started for home. Selkibk's Mand, with the adjoining Santa Clara and Mass Fuera, are rentod by the Chilian Government to a speoulator from Valparaiso, who uses them for stock raising and sealing. Large quantities of f ur seals are taken on the islands every season. The soil is extremely fertile, quinces and peachos grow wild, and the higher parta of the islands are cOvercd thickly with very valtinhle timber.