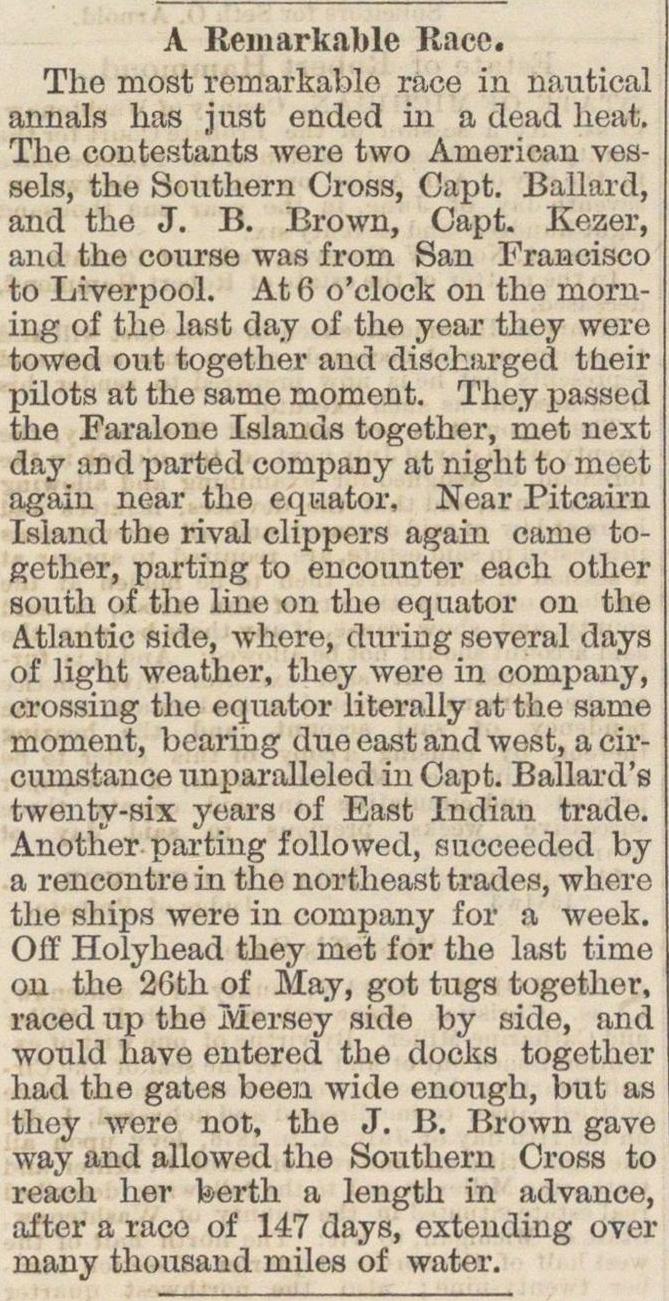 The most reniarkablo race m nautical annals lias just ended iii a dead heat. The coutestants were two American vessels, the Southern Cross, Gapt. Ballard, and the J. B. Brown, Capt. Kezer, and the course was írom San Francisco to Liverpool. At 6 o'clock on the morning of the last day of the year they were towed out together and discharged their püots at the same moment. They passed the Faralone Islands together, met next day and parted eompany at night to moet again near the equator, Near Pitcairn Island the rival clippers again carne together, parting to encounter each other south of the line on the equator on the Atlantic side, where, during several days of light weather, they were in eompany, crossing the equator literally at the same moment, bearing dueeast and west, acircumstance unparalleled in Capt. Ballard's twenty-six years of East Indian trade. Another parting f ollowed, auoceeded by a rencontre in the northeast trades, where the ships were in eompany for a week. Off Holyhead they met for the last time on the 26th of May, got tugs together, raced up the Mersey side by side, and would have entered the docks together had the gates beea wide enough, but as they were not, the J. B. Brown gave way and allowed the Southern Cross to reach her feerth a length in advance, after a race of 147 days, extending over many thousand miles of water.