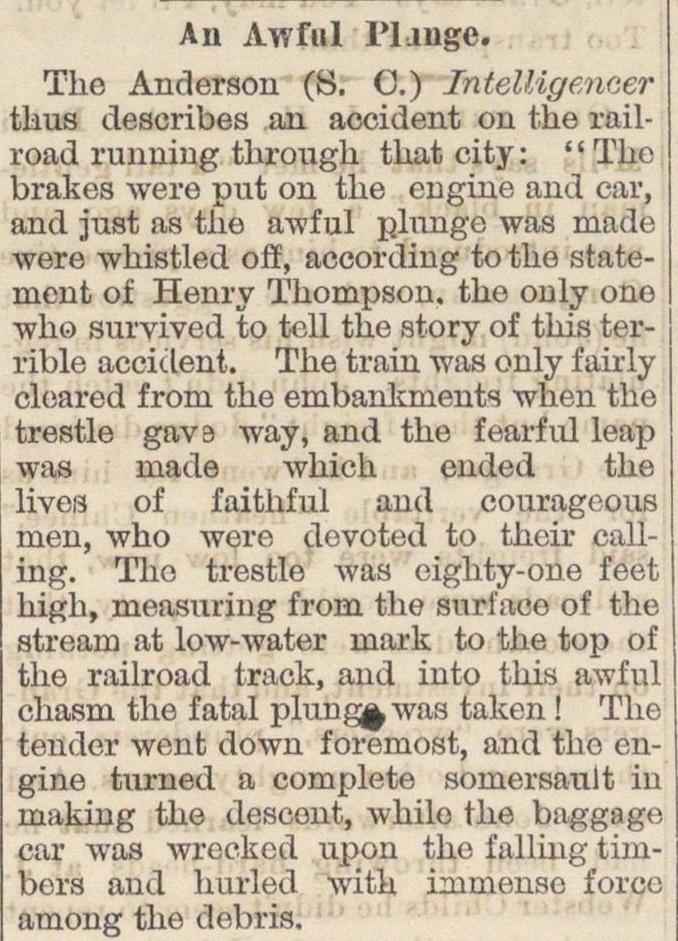 The Anderson (S. O.) Intelligencer thus describes an accident 011 the railroad running through that city : ' ' The brakes were put on the engine and car, and just iis the awful plunge was made were wkistled off, accordiug to the statement of Henry Thompson, the only one who survived to teil the story of this rible accident. The train was only fairly cleared from the embankments when the trestle gava way, and the fearful leap was raade which ended the lives of faithfui and courageous men, who were devoted to their calling. Tlio trestle was eighty-one feet high, measuring from the surfaoo of the strearn at water mark to the top of the railroad track, and into this aivful chasm the fatal plungwas taken ! The tender went down foremost, and the engine turned a complete somersault in making the descont, whilo the baggage car was wreckcd upon the falling timbers and hurled Avitk immense forco among the debris.