A Woman Saved By A Pet Dog 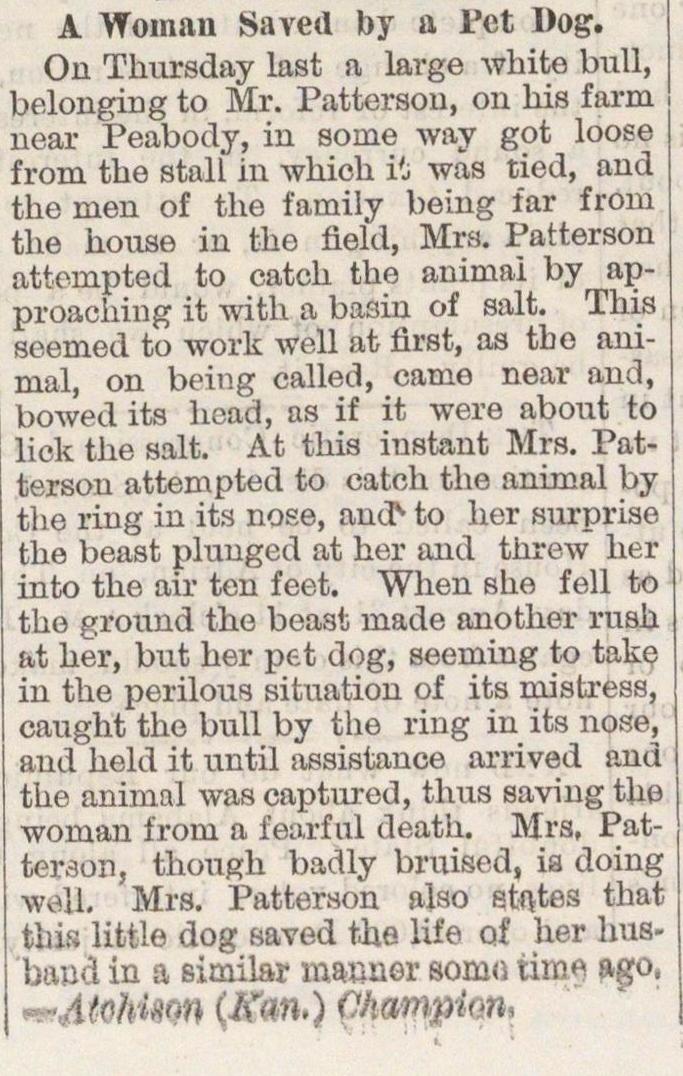 On Thursday last a large white buil, belonging to Mr. Pattersou, on his farm near Peabody, in some way got loose from the stall in which ii was tied, and the men of the family being far from the house in the field, Mrs. Patterson attcmpted to catch the animai by approachiug it with a baain of salt. This seemed to work well at first, as the animal, on being callea, carne near and, bowed its licad, as if it were about to lick the salt. At this instant Mrs. Patterson attempted to catch the animal by the ring in its nose, and to her surprise the beast plunged at her and threw her into the air ten feet. When she feil to the ground the beast made another rush at her, but her pet dog, seeming to take in the perilous sitnation of its mistress, caught the buil by the ring in its nose, and held it until assistance arrived and the animal was captured, thus saving the woman from a fearf ui death. Mrs, Patterson, though badly bruised, ia doing WAll. Mrs. Patterson also stiltes that this little dog saved the Ufe of her husbaud in a similar mannor somo tim (go, r-dtohimn (-fiTan.) Champion,