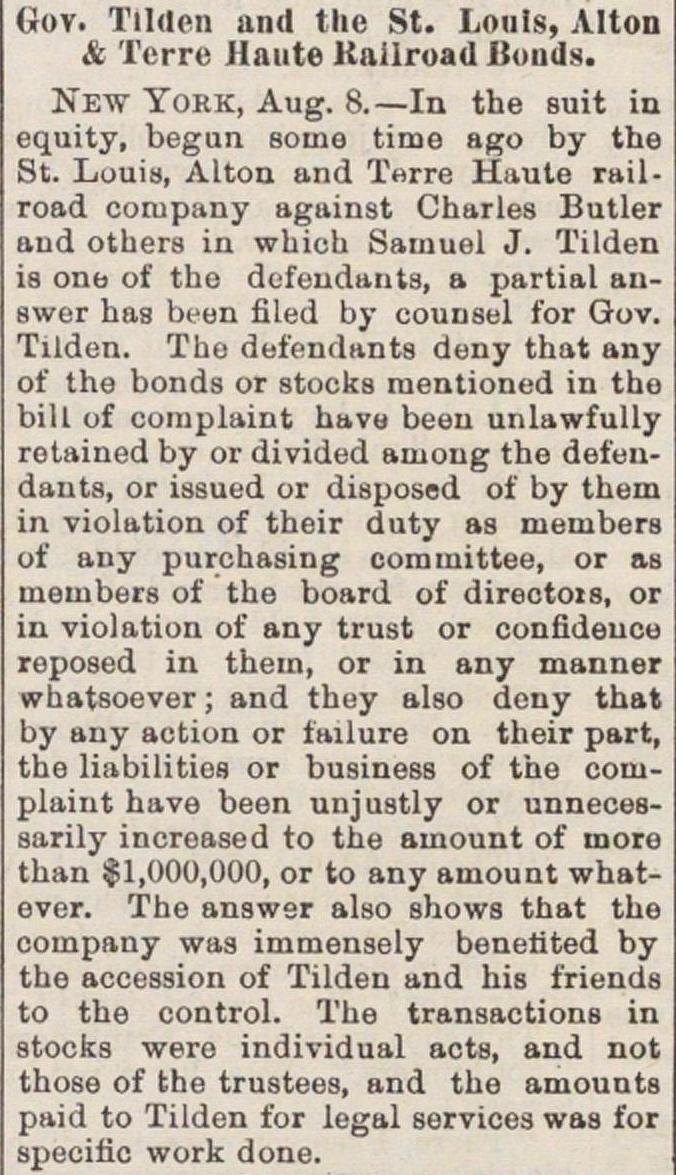 New York, Aug. 8.- In the suit in equity, begun bouio time ago by the St. Louis, Alton and Turre Haute railroad corupany against Charles Butler aud others in which Samuel J. Tilden is onb of tho dcfeudants, a partial anawer bas been filed by counsel for Gov. Tilden. Tho defendants deny that any of the bonds or stocks mentioned in tho bill of complaint havu been unlawfully rotained by or divided among the defeudauts, or issued or disposed of by thcm in violation of their duty as menibers of any purchasing committee, or as tnenibers of the board of director s, or in violation of any trust or confideuce reposed in thcm, or in any marnier whatsoever ; and thoy also deuy that by aiiy action or faüure on their part, the liabilitiof! or business of the couiplaint have been unjustly or unnecessarily incroased to the ainount of moro than $1,000,000, or to any amount whatever. The answer also shows that the coinpany was immensely benetited by the accession of Tilden and his friends to the control. The transactions in stocks wero individual acts, and not those of the trustees, and the amounts paid to Tilden for legal services was for specitic work done.