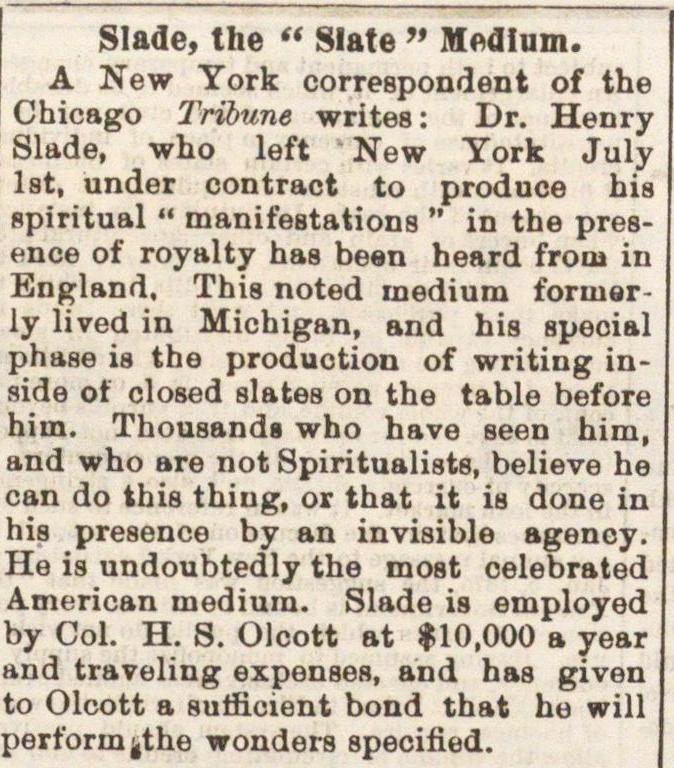 A New York correspondent of the Chicago Tribune writes: Dr. Henry Slade, who left New York July lst, under contract to produce his spiritual " manifestations " in the presence of royalty has been heard from in England, This noted medium foruieriy lived in Michigan, and his special phase is the production of writing inside of closed slates on the table before hiin. Thousandi who have seen hini, and who are not Spiritualists, believe he can do this thiug, or that it ia done in his pre8ence by an invisible agency. He is undoubtedly the most celebrated American medium. Slade is employed by Col. H. 8. Olcott at $10,000 a year and traveling expenses, and has given to Olcott a suffiuient bond that he will perforinjthe wonders specified.