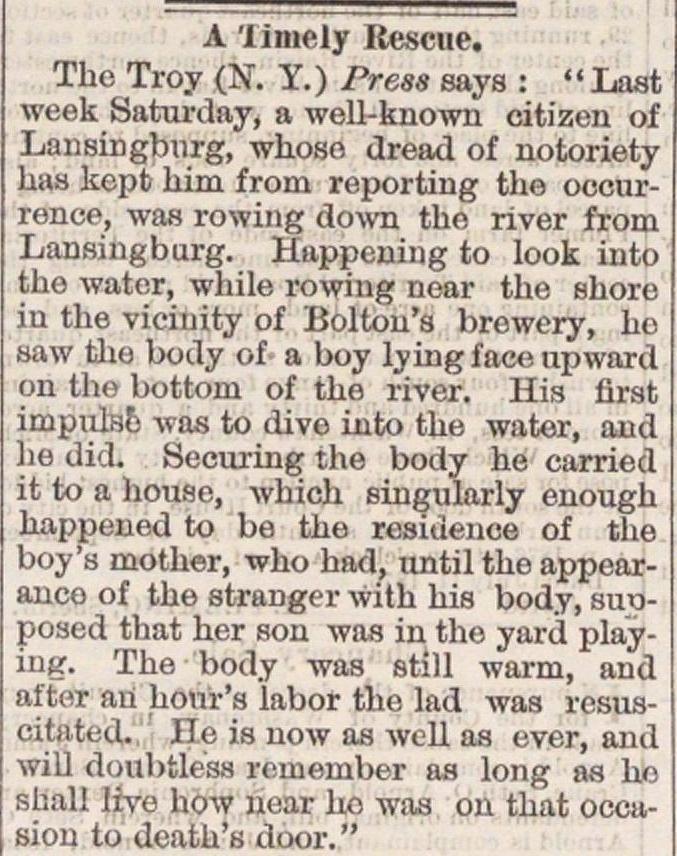 The Troy (N. Y. ) Press saya : ' ' Last week Saturday, a well-known citizen of Lansingbnrg, whoso dread of notoriety has kept him from reporting the oecurrenco, was rowing down the river from Lansingburg. Happening to look into the water, while rowing noar the shore ia the vicinity of Bolton's brewery, he aw tlio body of a boy lying face apward on the bottom of the river. His ürst impulso was to divo into the water, and )ie did. Sucuring the body he carried it to a house, which singularly enough happeiied to be the resiuenee of the boy's mother, who had, until the appearanco of the stranger with his body, suppoaed that her soa was in the yard playing. The body was still warm, aud af tor an hour's labor the lad was resuseitated. Ile is uow as well as ever, and wiU doubtless remember as long as ho sliall live how near ho was on that occasion to death's door."