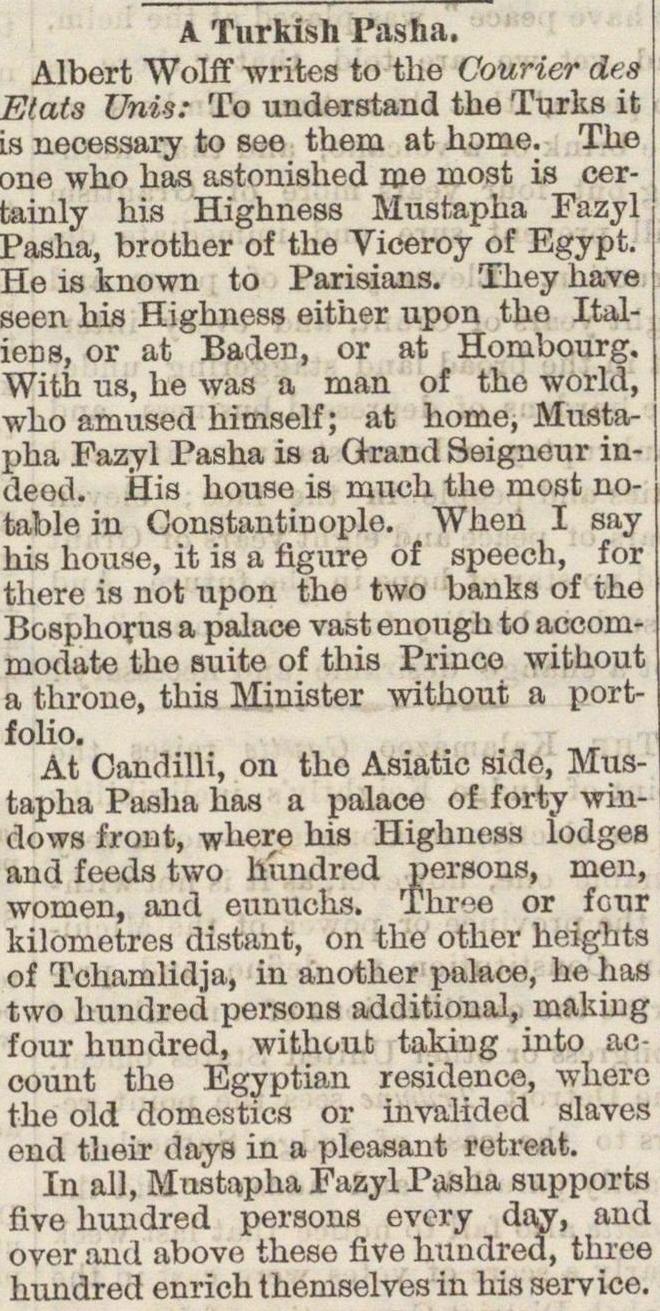 Albert Wolff writes to the Courier des Etats Unie: To understand the Turks it s necessary to see them at home. Tho ne who bas astonished me most is cerdnly his Highness Mustapha Fazyl 3asha, brother of the Viceroy of Egypt. Ie is known to Parisiana. They have ïeen his Highness either upon tho Italens, or at Baden, or at Hombourg. With us, he was a man of the world, who amused himself ; at home, Muatapha Fazyl Pasha is a Grand Seigneur inleod. His house is much the most no,able in Gonstantinople. When I say lis houHe, it is a figure of speech, for ;here is not upon the two banks of the Uosphorus a palace vast enough to accommodate the suite of this Prince without a throne, this Minister without a port'olio. At Candilli, on tho Asiatic side, Mus;apha Pasha has a palace of forty windows front, where his Highness lodges and feeds two hundred persons, men, women, and eurmchs. Thr",e or fcur kilometres distant, on the other heights of Tchamlidja, in another palace, he has two hundred persons additional, makiug tour hundred, without taking into account the Egyptian residenco, where the old domesties or invalided slaves end their days in a pleasant retreat. In all, Mustapha Fazyl Pasha supports five hundred persons evory day, and over and above these five hundred, three hundred enrich themselves in his service.