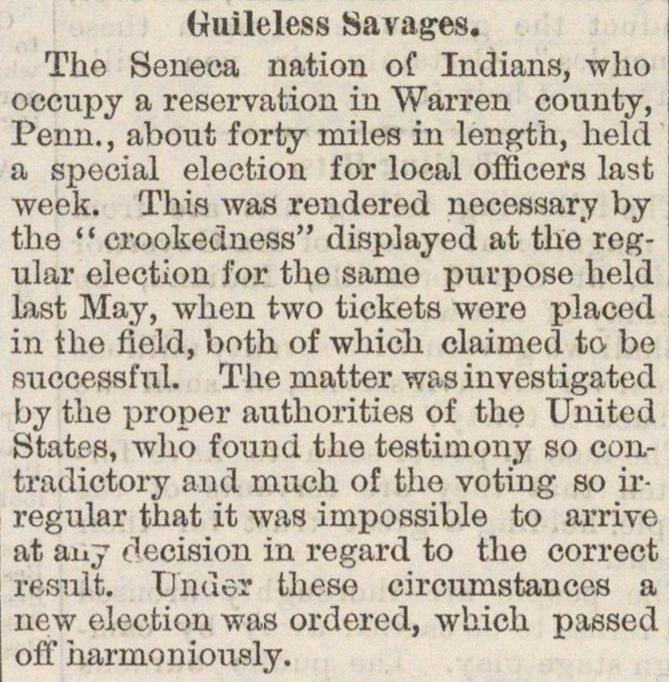 The Séneca nation of Indians, who occupy a resorvation in Warren county, Peim. , about f orty miles in length, held a special election for local officers last week. This was rendered necessary by the " crookedness" displayed at the regular election for tho same parpóse held last May, when two tickets were placed in the fiold, both of which claimed to be Huooessf ui. The matter was investigated by the proper anthorities of the United States, who found the testimony so contradictory and much of the voting so irregular that it was impossible to arrive at any decisión in regard to the correct resuit. Under these circumstauces a new election was ordered, which passed off harmoniously.