The Summer In Spain 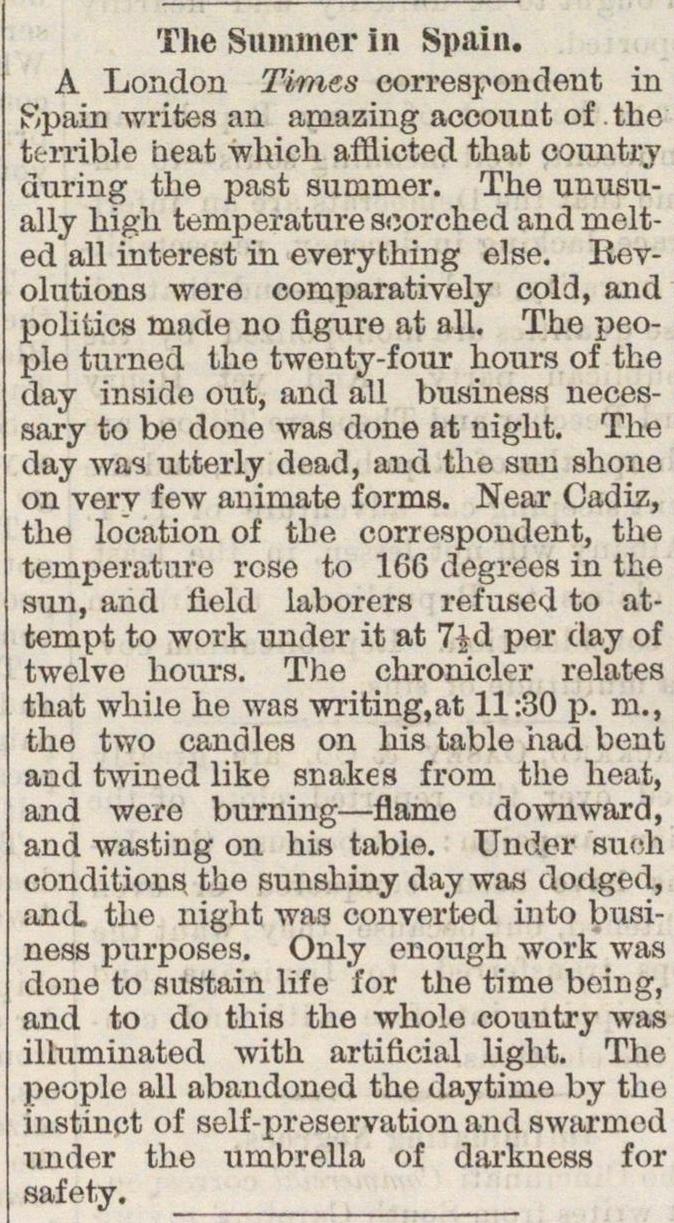 A London Times correspondent m Spain writes an aniazing account of thc temblé heat which afflicted that country during the past summer. The unusually high temperature scorched andmelted all interest in everything else. Bevolntions were comparatively cold, and politics made no figure at all. The people turned tho twenty-four hours of the day inside out, and all business necessary to be done was done at night. The day was utterly dead, and the sun shone on very few anímate forms. Near Cadiz, the location of the correspoudcnt, the temperature rose to 16C degrees in the sun, and field laborers refused to attempt to work under it at 7jd per day of twelvo hours. The chronicler relates that while he was writing,at 11:30 p. m., the two canales on his table had bent and twined like snakes from the heat, and were burning - flame downward, and wasting on his table. Under such conditions, the sunshiny day was dodged, and. the night was converted into business purposes. Only enough work was done to sustain life for the time being, and to do this the wholo country was illuminated with artiflcial light. The peoplc all abandoned the daytime by tho instinct of self-preservation and swarmcd under the umbrella of darkness for safety.