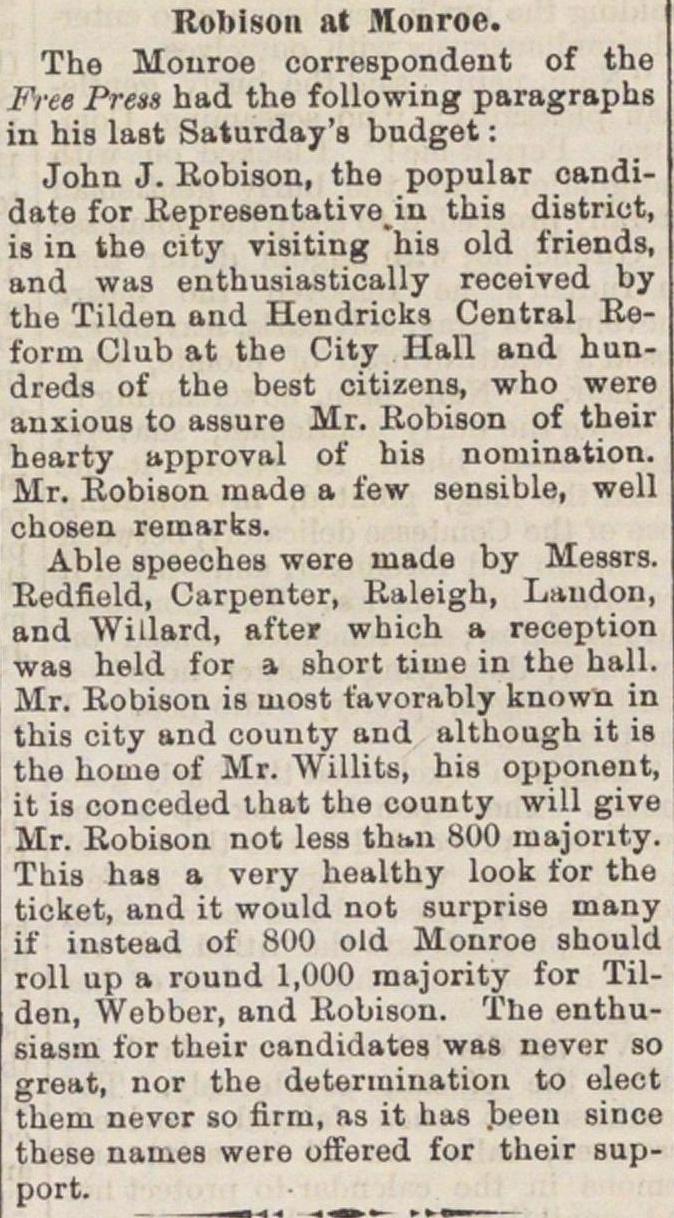 The Mouroe correspondent 01 rne JPree Preas had the following paragraphs in his last Saturday's budget : John J. lïobison, the popular candidate for Representativein this district, is in the city visiting his old friends, and was enthusiastically received by the Tilden and Hendricks Central Reform Club at the City Hall and hundreds of the best citizens, who were auxious to assure Mr. Kobison of their hearty approval of his nomination. Mr. Kobison made a few sensible, well chosen reinarks. Able speeches were made by Messrs. Redfield, Carpentor, Raleigh, Lundon, and Willard, after which a reception was held for a short time in the hall. Mr. Robison is most favorably known in this city and county and although it is the home of Mr. Willits, his opponent, it is conceded ihat the county will give Mr. Robison not less th&n 800 majonty. This has a very healthy look for the ticket, and it would not surprise many if instead of 800 old Mouroo should roll up a round 1,000 majority for Tilden, Webber, and Robison. The enthusiusin for their candidatos was never so great, nor the determination to elect t hem never so firru, as it has beon since these names were offered for their support.