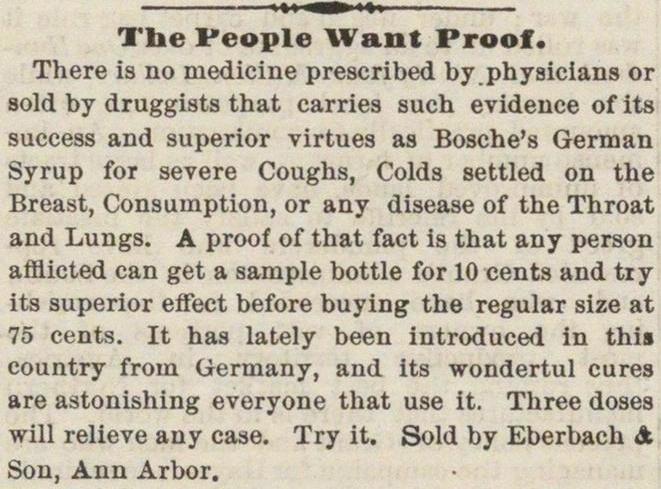 There is no medicine prescribed by.physicians or sold by druggists that carries such evidence of its success and superior virtues as Bosche's Germán Syrup for severe Coughs, Colds settled on the Breast, Consumption, or any disease of the Throat and Lungs. A prooi of that fact is that any person afliicted can get a sample bottle for 10 cents and tiy its superior effect before buying the regular size at 75 cents. It has lately been introduced in this country from (ermany, and its wondertul cures are astonishing evoryone that use it. Three doses will relieve any caae. Try it. Sold by Eberbach & Son, Ann Arbor.