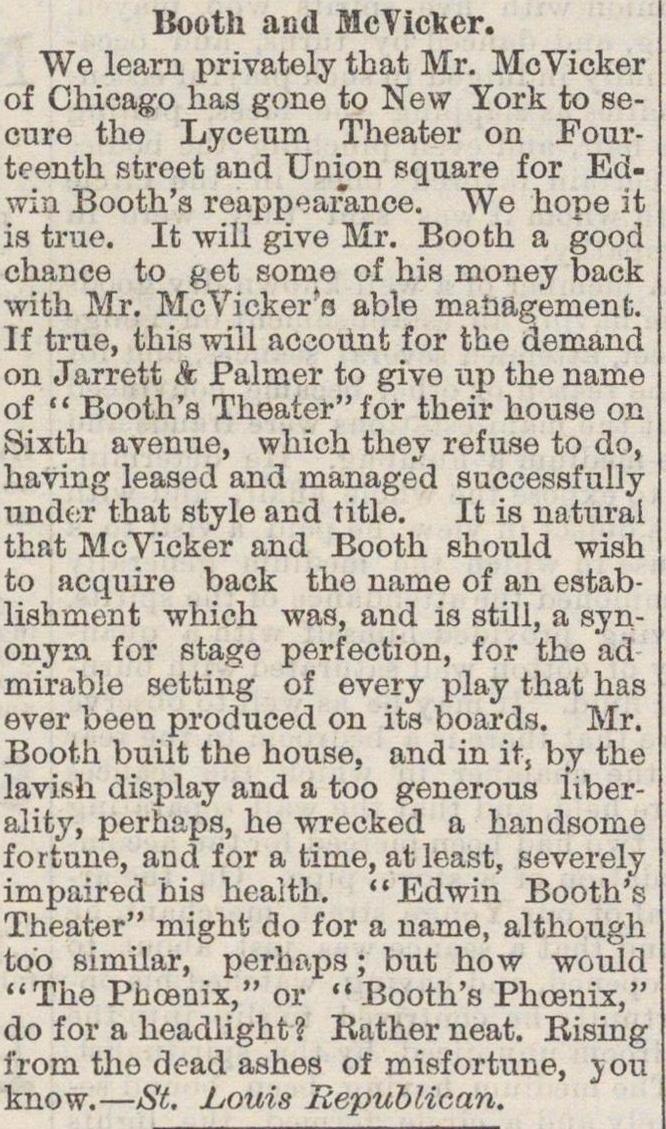 We leam privately that Mr. MoVicker of Chicago has gone to New York to securo the Lyceum Theater on Fourteenth stroet and Union square for Edwin Booth's reappearance. We hope it is true. It will give Mr. Booth a good chance to get sonie of his money back with Mr. MoVicker'a able management. If true, this will account for the demand on Jarrett & Palmer to give up the name of " Booth's Theater" for their house on Sixth avenue, which they refuse to do, having leased and rnanaged successfully undc.r that style and title. It is natural that McVicker and Booth should wish to acquire back the name of an establishment which was, and is still, a synonyra for stage perfection, for the ad mirable setting of every play that has ever been produced on its boards. Mr. Booth built the house, and in it, by the lavish display and a too genorous liberality, perhaps, he wrecked a handsonie fortune, and for a time, at least, severely impaired his heaith. "Edwin Booth's Theater" might do for a name, although ;oo similar, perhaps ; but how would "The Phoenix," or " Booth's Phcenix," do for a headlight ? Rather neat. Kising Trom the dead ashes of misfortune, jou know.-