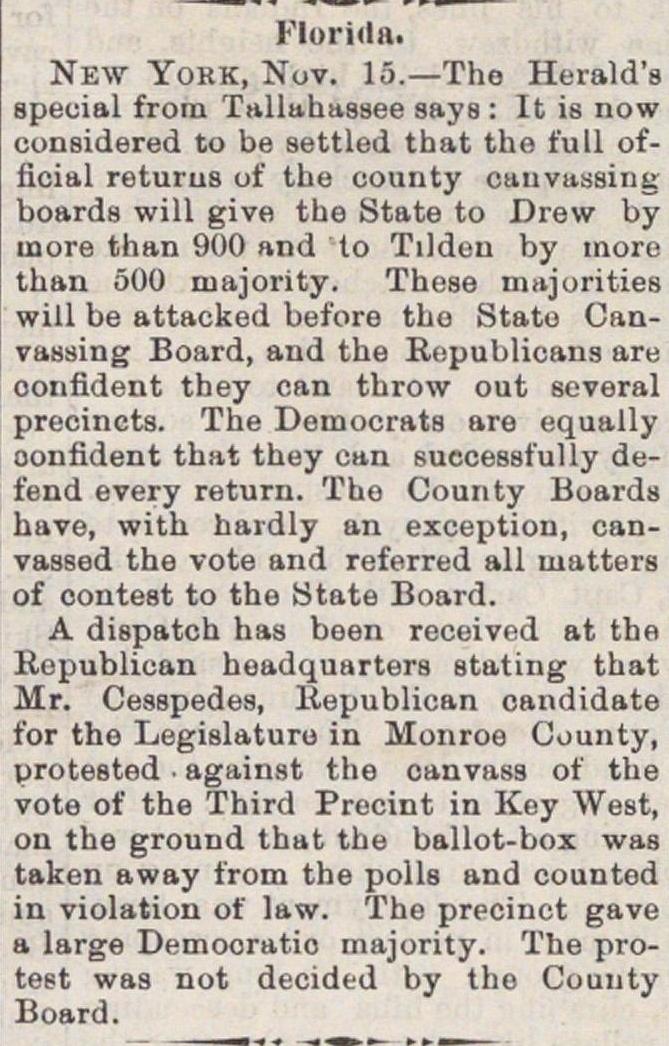 New York, Nut. 15.- The Herald's special from Tallahassee saya : It is now considered to be settled tbat the f uil official returus ut' the county canvassing boards will give the State to Drew by inore than 900 and to Tilden by more than 500 majority. These majorities will be attacked before tho Statu Canvassing Board, and the Republicana are oonfident they can throw out severa] precincts. The Democrats are equally oonfident thut they can suecessfully det'end every return. Tho County Boards have, with hardly an exception, canvassed the vote and referred all matters of oontest to the State Board. A dispateh has been received at the Kepublican headquarters stating that Mr. Cesspedes, Kepublican candidato for the Legislaturo in Monroe County, protested . against the canvass ot the vote of the Third Precint in Key West, on the ground that the ballot-box was taken away from the polls and countod in violation of law. The precinct gave a large Demooratio majority. The protest was not decided by tho County Board.