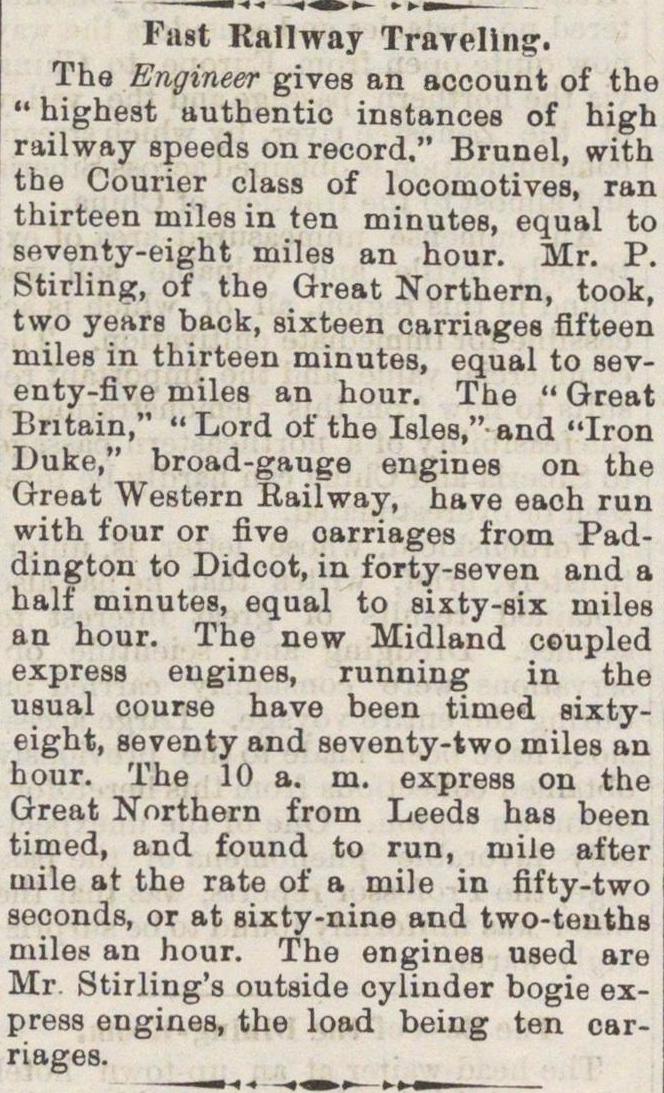 Tha Engineer gives an account of the " highest tiuthentic instances of high railway speeds on record." Brunei, with the Courier class of locooiotives, ran thirteen miles in ten minutes, equal to snventy-eight miles an hour. Mr. P. Stirling, of the Great Northern, took, two yeare back, sixteen carriages flfteen miles in thirteen minutes, equal to seventy-five miles an hour. The " Great Britain," " Lord of the Isles," and "Iron Duke," broad-gauge engines on the Great Western Eailway, have eaoh run with four or five oarriages from Paddington to Didcot, in forty-seven and a half' minutes, equal to sixty-six miles an hour. The new Midland coupled express eugines, running in the usual course have been timed sixtyeight, seventy and seventy-two miles an hour. The 10 a. m. express on the Great Northern from Leeds has been timed, and found to run, mile after uiile at the rate of a mile in fifty-two soconds, or at sixty-nine and two-teuths miles an hour. The enginea used are Mr Stirling's outside cylinder bogie express engines, the load being ten carriages.