A Wood Deed Not Forgotten 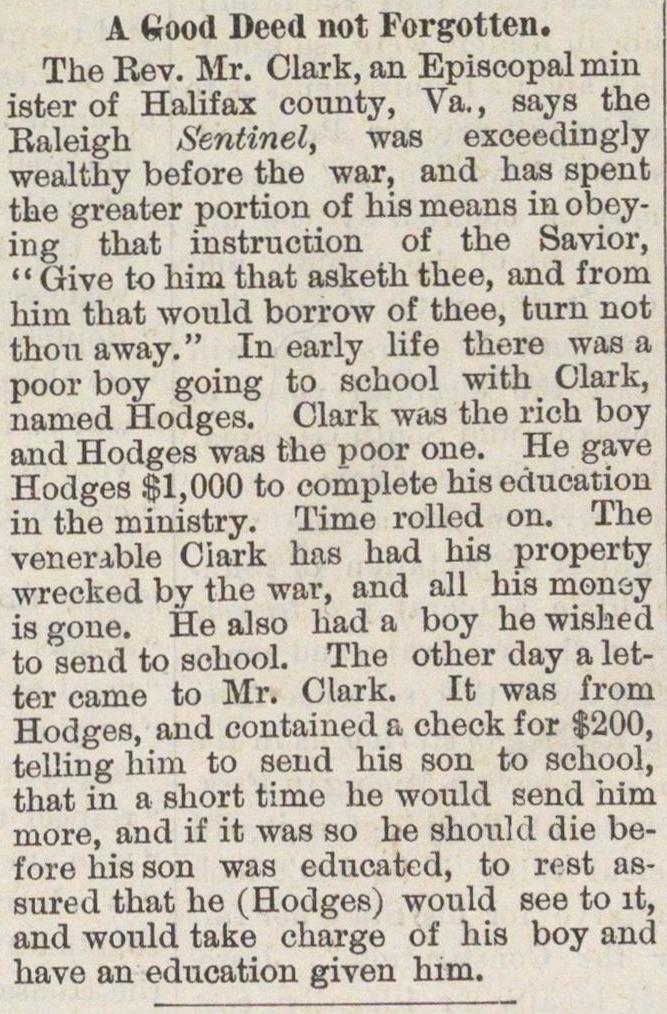 The Bev. Mr. Clark, an Episcopal min ister of Halifax county, Va. , says the Baleigh Sentinel, was exceedingly wealthy before the war, and has spent the greater portion of his means in obeying that instruction of the Savior, " Give to him that asketh thee, and f rom him that would borrow of thee, turn not thouaway." In early life there was a poor boy going to school with Clark, named Hodges. Clark was the rich boy and Hodges was the poor one. He gave Hodges .f 1,000 to complete hisoducation in the ministry. Time rolled on. The venerable Ciark has had his property wrecked by the war, and all his monsy is gone. He also had a boy he wislaed to send to school. The other day a letter carne to Mr. Clark. It was from Hodges, and contained a check for $200, telling him to send his son to school, that in a short time he would send him more, and if it was so he shoiild die before his son was educated, to rest assured that he (Hodges) would see to it, and would take charge of his boy anc have an education given him.