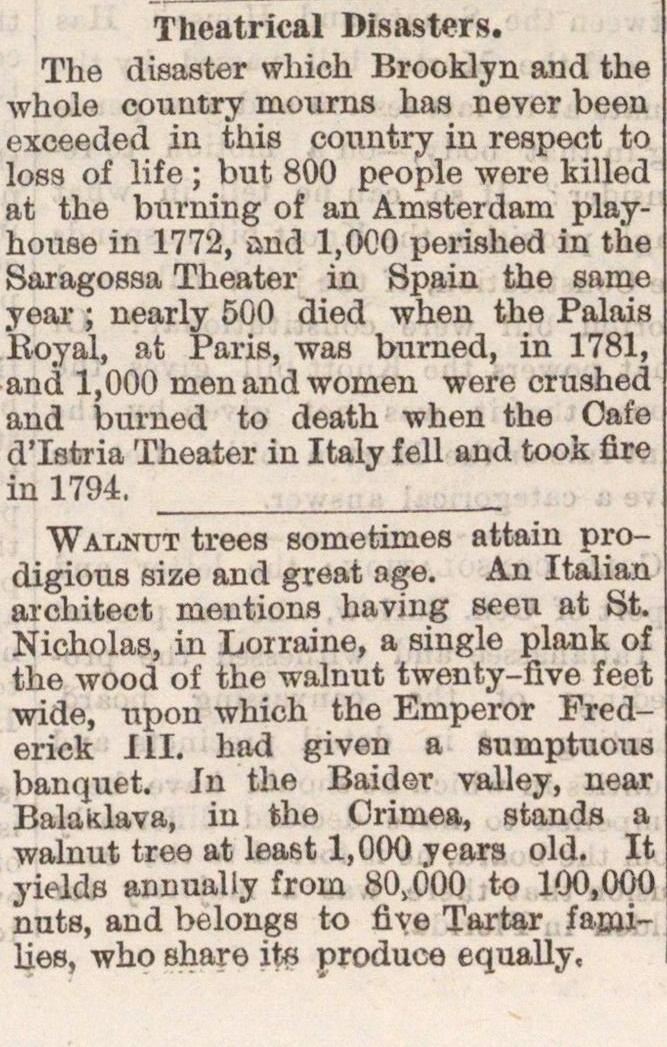 The disaster which Brooklyn and the whole couutry mourns has nevcr been exceeded in this country iii respect to loss of life ; but 800 people were killed at the burning of an Amsterdam playhouse in 1772, and 1,000 perished in the Saragossa Theater in Spain the same year ; nearly 500 died when the Palais Boyal, at Paris, was burned, in 1781, and 1,000 menandwomen were crushed and burned to death when the Cafe d'Ietria Theater in Italy feil and took fire in 1794. WaiNut trees sometimes attain prodigious size and great age. An Italian architect mentions having seeu at St. Nicholas, in Lorraine, a single plank of the wood of the walnut twenty-five feet wide, tipon which the Emperor Frederick 111. had given a suniptuous banquet. Jn the Baider valley, near Balaklava, in the Crimea, stands a walnut tree at least 1,000 years old. It yields annually from 80,000 to 100,000 nuts, and belongs to five Tartar families, who share its produce equally.