Down In The Canebrake 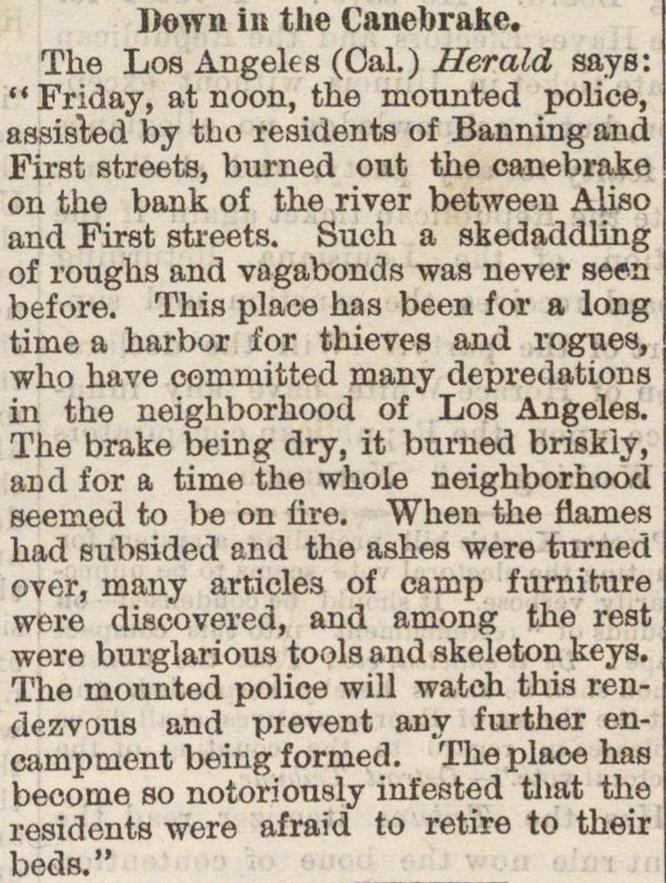 The Los Angelts (Cal.) Herald says: "Friday, at noon, the mounted pólice, assisled by tno residente of Banning and First streets, burned out the canebrake on the bank of the river between Aliso and First streets. Such a skedaddling of roughs and vagabonds was never seen before. This place has been for a long time a harbor for thieves and rogues, who have comniitted many depredations in the neighborhood of Los Angeles. The brake being dry, it burned briskiy, and for a time the whole neighborhood seemed to be on üre. When the flames had subsided and the ashes were turned over, many artioles of camp furnifcure were disoovered, and among the rest were burglarions tools and skeleton keys. The monnted pólice will watoh this rendezvous and prevent any further encampment being formed. The place has become so notoriously infeated that the residents were afraid to retire to their bedB."