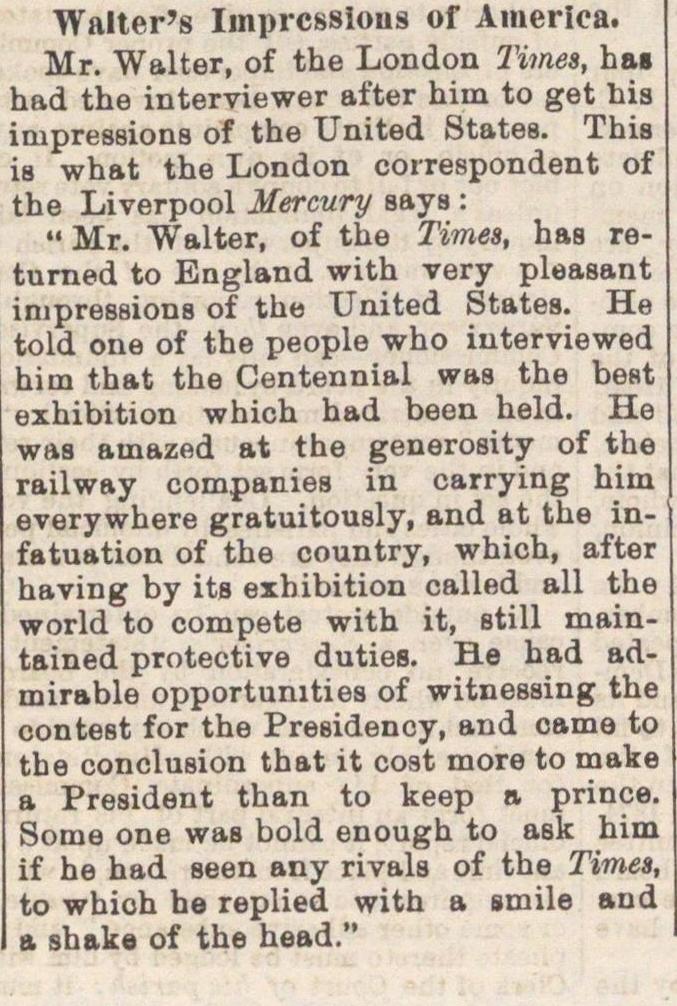 Mr. Walter, of the London Times, ha had the interviewer aí'ter him to get bis impre88ions of the United States. This is what the London oorrespondent of the Liverpool Mercury saya : " Mr. Walter, of the Times, has returned to England with very pleasant impressions of the United States. He told one of the people who iuterviewed him that the Centennial was the best exhibition whioh had been held. He was ainazed at the generosity of the railway companies in carrying him everywhere gratuitously, and at the infatuation of the country, which, after having by its exhibition called all the world to compete with it, still maintained proteotive duties. He had admirable opportumties of witnessing the contest for the Presidenoy, and carne to the conclusión that it cost more to make a President than to keep prince. Some one was bold enough to ask him if he had seen any rivals of the Times, to whioh he replied with a smile and a shake of the head."