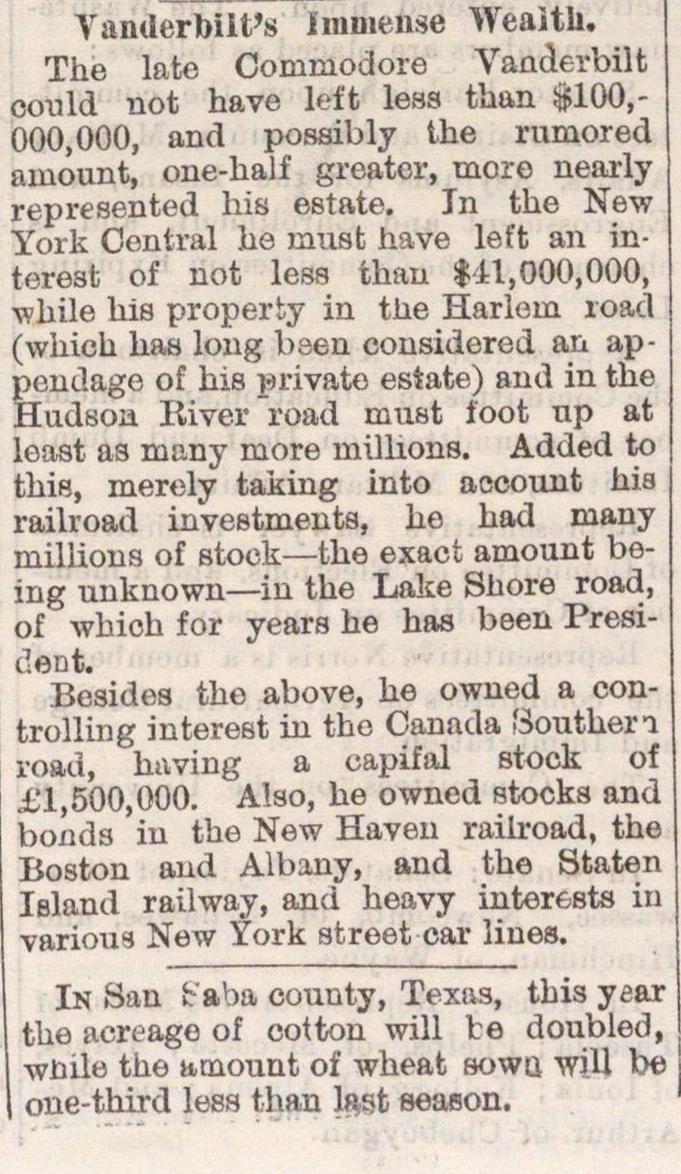 The late Commodore Vaaderbilt could not have left less than $100,000,000, and possibly the rumored amount, one-half greator, more nearly represented his estáte. In the New York Central he must have left an interest of not less ihan $11,000,000, while his property in the Harlein road (whiüh has long bsen considered an appendage of his private estáte) and in the Hudsoii River road must foot up at least as many more niükons. Added to this, merely taking into account hia railroad investments, he had many millions of stock- the exact amount being unknown - in the Lake Shore road, of whioh for years he has been President. Besides the above, he owned a controlling interest in the Canada Bouther i road, having a oapifal stock of L1,500,000. Also, he owned stocks and bonds in the New Haven railroad, the Boston aud Albany, and the Staten Mand railway, and heavy interests in various New York street car liues. In San baba county, Texas, this y aar the acreage of cotfcon will te doubled, wnile the amount of wheat sowa will be i one-third less than lst season. '