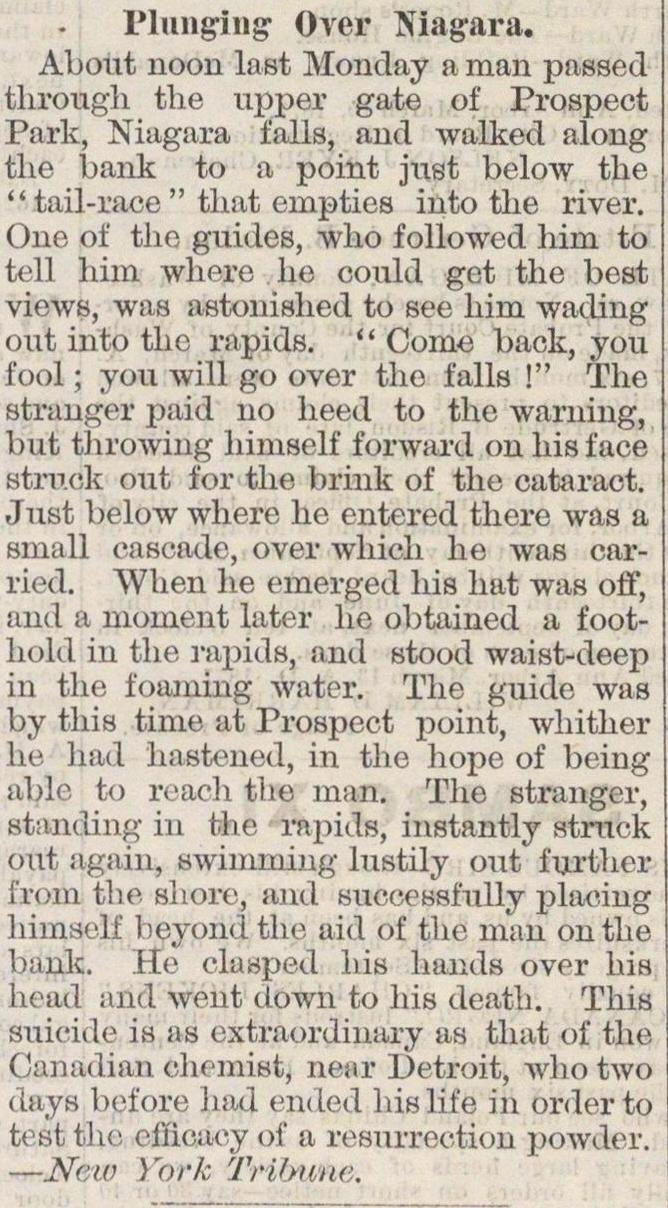 About noon last Monday a man passed through the upper gate of Prospect Park, Niágara falls, and walked along the bank to a point jugt below the " tail-race " tliat erupties into the river. One of the guides, who followed him to teil him where he cotild get the best views, was astonished to see him wading out into the rapids. " Come back, you fooi ; you will go over the falls I" The stranger paid 110 heed to the warning, but throwiug himself forward on his face strook out for the brink of the oataract. Just below where he entered there was a small cascade, over which he was carried. When he emerged his hat was off, and a moment later he obtained a foothold in the rapids, and stood waist-deep in the foaming water. The guide was by this time at Prospect point, whither he had hastened, in the hope of being aljle to roaeh the man. The stranger, standing in the rnpids, instantly struck out again, swimmiug lustily out iurther from the shore, and miecessfully placing himself beyond the aid of the man on the biink. He clasped liis hands over his head and wout down to his death. This suicide is as extraordinary as thut of the Canadian chcmist, near Detroit, wlio two days before liad ended hislife in order to test the eiïicacy of a resurrection powder.