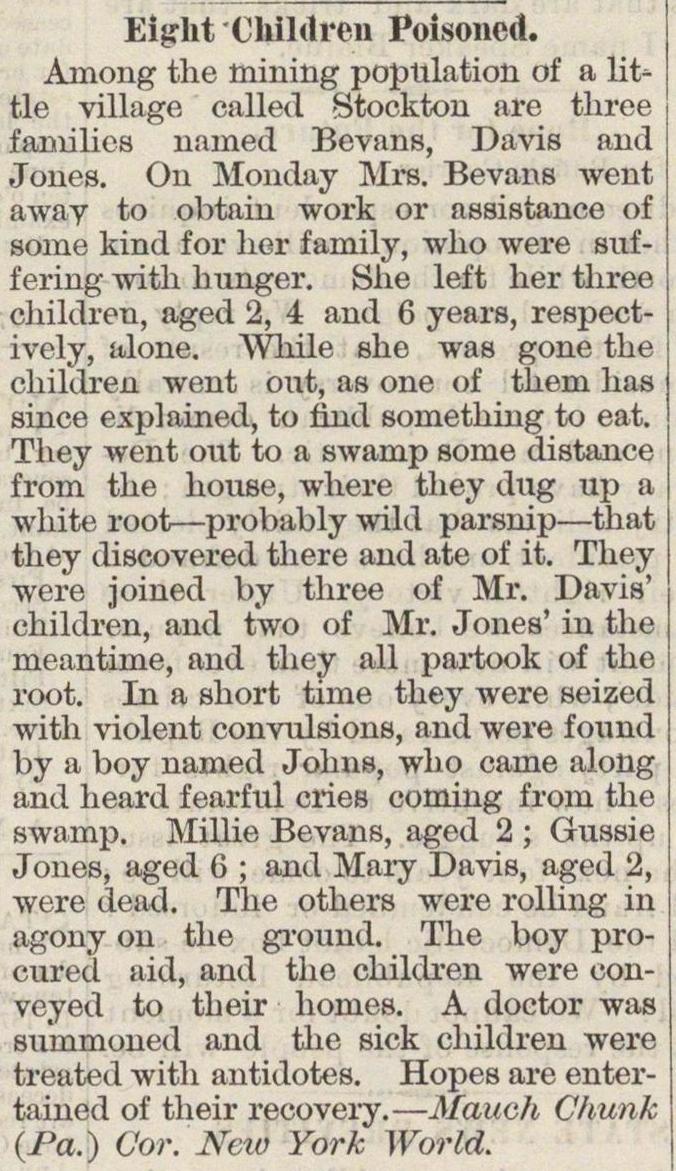 Among the mining population of a li tle village called Stockton are tliree families uniued Bevans, Davis aud Joues. On Monday Mrs. Bevans went away to obtain work or assistance of some kind for lior family, wlio were suffering with hunger. She left her tliree children, aged 2, 4 and 6 years, respectively, alone. Wliile she was gone the j children went out, as one of them has since explained, to find something to eat. They went out to a swamp some distaiice from the house, where they dng up a white root - probably wild parsnip - that they discovered there and ate of it. They were joined by three of Mr. Davis' children, and two of Mr. Jones' in the meantime, and they all partook of the root. In a short time they were seized with violent convulsions, and were fonnd by a boy named Johns, who came along and heard fearful cries coming from the swamp. Millie Bevans, aged 2 ; Gussie Jones, aged 6 ; and Mary Davis, aged 2, were dead. The others were rolling in agony on the ground. The boy procured aid, and the children were eonveyed to their homes. A doctor was summoned and the sick children were treated with antidotes. Hopes are