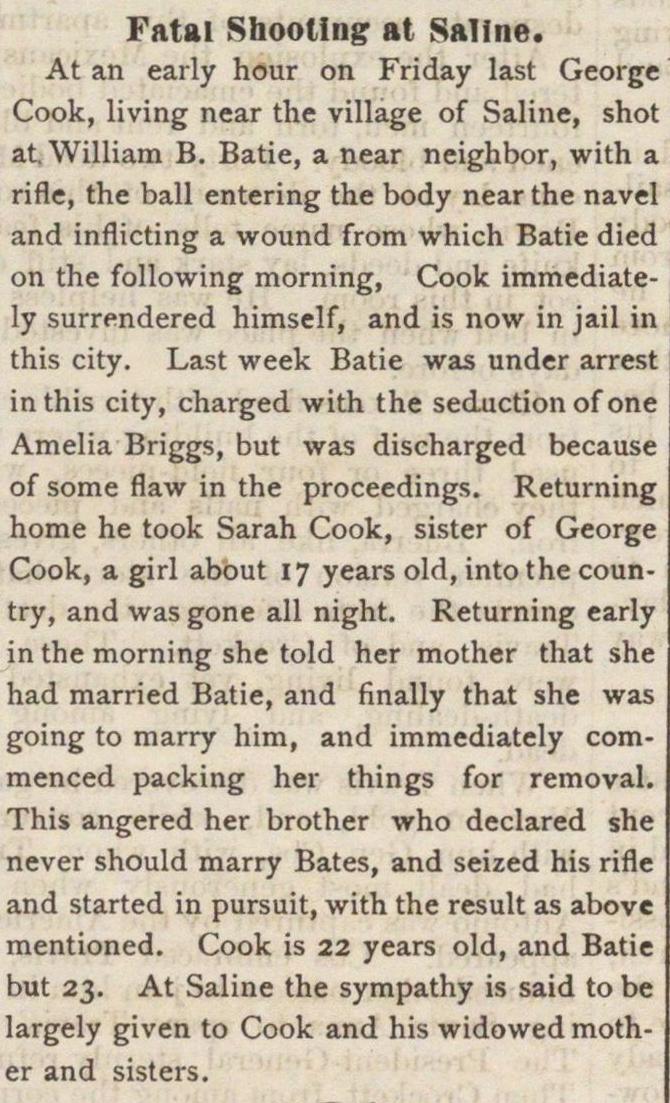 At an early hour on Friday last George Cook, living near the village of Saline, shot at. William B. Batie, a near neighbor, with a rifle, the ball entering the body near the navel and inflicting a wound from which Batie died on the following morning, Cook immediately surrendered himself, and is now in jail in this city. Last week Batie was under arrest inthis city, charged with the seductionofone Amelia Briggs, but was discharged because of some flaw in the proceedings. Returning home he took Sarah Cook, sister of George Cook, a girl about 17 years old, into the country, and was gone all night. Returning early in the morning she told her mother that she had married Batie, and finally that she was going to marry him, and immediately commenced packing her things for removal. This angered her brother who declared she never should marry Bates, and seized his rifle and started in pursuit, with the result as above mentioned. Cook is 22 years old, and Batie but 23. At Saline the sympathy is said to be largely given to Cook and his widowed mother and sisters.