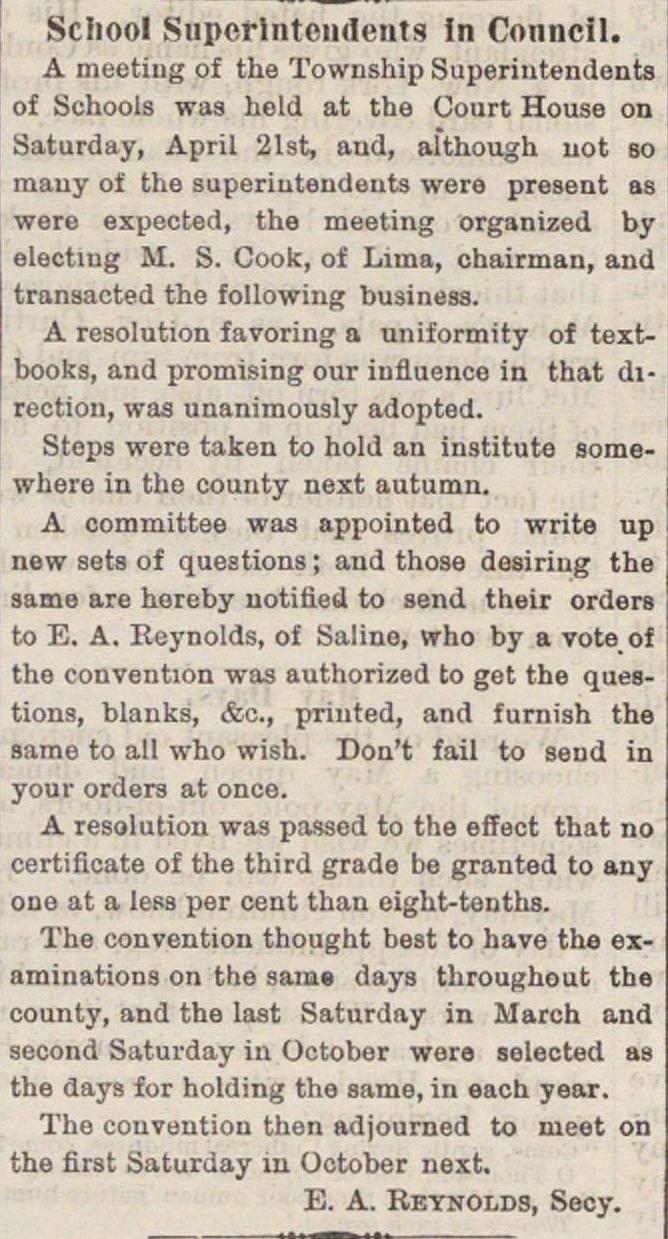 A meeting of the Township Superintendente of Schools was held at the Court House on Saturday, April 21st, aud, although uot so mauy of the superiutendeuts were present as were expected, the meeting organized bi electtug M. S. Cook, of Lima, chairman, and tranaucted the following business. A resolution favoring a uniformity of textbooks, and promising our influence in that dl rection, was unanimously adopted. Steps were taken to hold an instituto somewhere in tho oounty next autumn. A committee was appointed to write up n&w sets of questions ; aud those desiriug the same are hereby uotitied to send their orders to E. A. Reynolds, of Salino, who by a vote of the convention was authorized to get the questions, blanks, &c, priuted, and furnish the same to all who wish. Don't fail to seud in your orders at once. A resolution was passed to the effect that no certifícate of the third grade be grantod to any one at a less per cent than cight-tonths. The convention thought best to have tho examinations on the saia days tliroughout the county, and the last Saturday in Jlarch and second Saturday in üctober wero solected as ;he days for holding the same, in each year. The couvantion then adjourned to meet on ;he first Saturday iu üctober next. E. A. Reynolds, Secy.