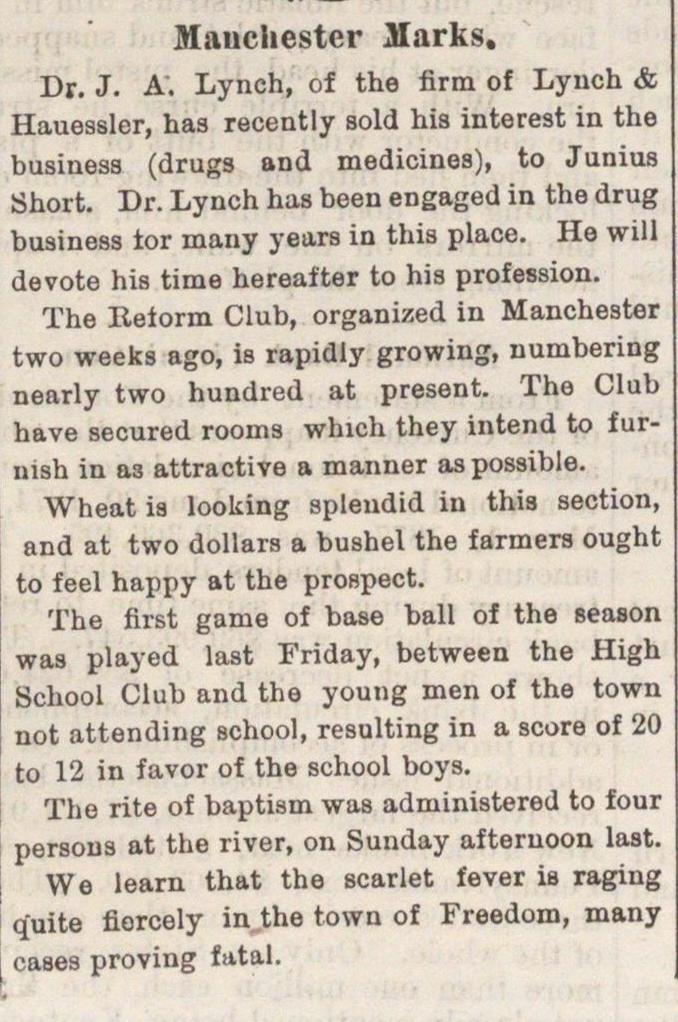 Dr. J. A. Lynch, of the firm of Lynch & Hauessler, has recently sold his interest in the business (drugs and medicines), to Junius bhort. Dr. Lynch has been engaged in the drug business tor mauy years in this place. He will devote his time hereafter to his profession. ïhe Eeiorm Club, organized in Manchester wo weeks ago, is rapidly growing, numbering nearly two hundred at present. The Club have seoured rooms which they intend to furïish in as attractive a manner aspossible. Wheat is loolnng spleudid in this section, and at two dollars a bushei the farmers ought to feel happy at the prospect. The first game of base hall of the season was played laat Friday, between the High School Club and the young men of the town not attending Bchool, resulting in a score of 20 o 12 in favor of the school boys. The rite of baptism was administered to four persons at the river, on Sunday afteruoon last. We learn that the scarlet fever ie raging quite fiorcely in the town of Freedom, many cases proving fatal.