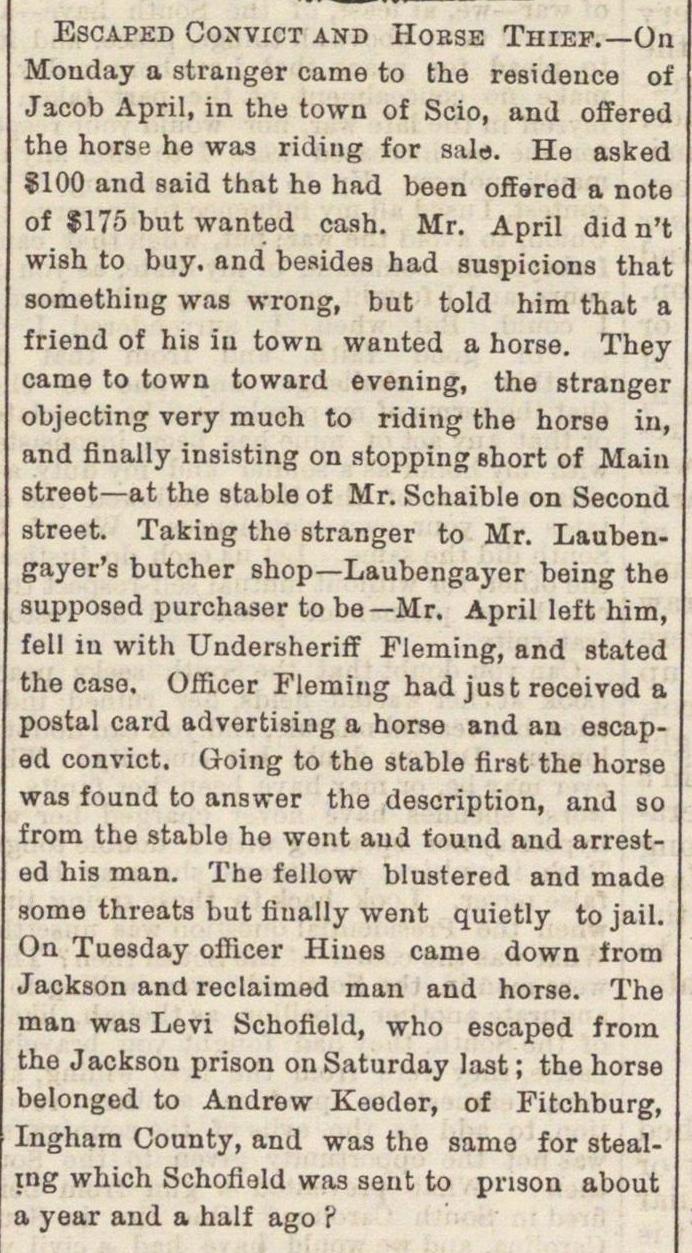 -On Monday a stranger carne to the resideuce of Jacob April, in the town of Scio, and offered the horse he was riding for sal. He asked 8100 and said that he had been offered a note of 1175 but wantod caah. Mr. April did n't wish to buy. and beaides had suspicions that 8omethiug was wrong, but told him that a friend of his in town wauted a horse. They came to town toward evening, the stranger objecting very much to riding the horse in, and finally insisting on stopping short of Main street- at the stable of Mr. Schaible on Second street. Taking the stranger to Mr. Laubengayer's butcher shop- Laubengayer being the supposed purchaser to be- Mr. April left him, feil iu with Undersheriff Fleming, and stated the case. Officer Fleming had just receivod a postal card advertising a horse and an escapad convict. üoing to the stable first the horse was found to answer the description, and so from the stable ho went and found and arrestad his man. The fellow blustered and made some threats but fliially went quietly to jail. On Tuesday officer Hiñes carne down from Jackson and reclaimed man and horse. The man was Levi Schofleld, who escaped from the Jacksou prison on Saturday last ; the horse belonged to Andrew Keoder, of Fitchburg, Ingham County, and was the same for stealing which Schoflald was sent to pnson about a year and a half ago ?