Debts Of France And England 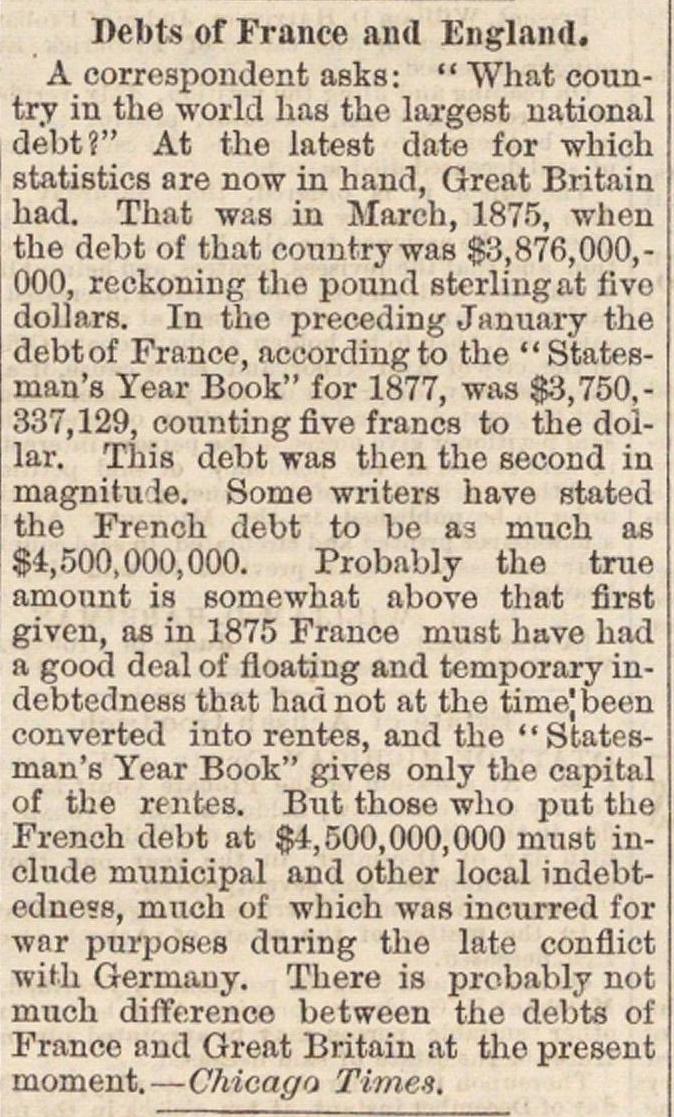 A correspondent asks: " What country in the woild has the largest ïiational debt?" At the latest date for which statistics are now in hand, Great Britain had. That was in March, 1875, when the debt of that country was $3,876,000,000, reckoning tlie pouud sterling at f ivo dollars. In the preceding January the debtof France, accordingto the "Statesïnan's Year Book" for 1877, was $3,750,337,129, counting five francs to the dollar. This debt was then the second in magnitude. Some writers have stated the French debt to be a3 much as $4,500,000,000. Probably the true amount is eotnewhat above that flrst given, as in 1875 France must have had a good deal of floating and temporary indebtedness that had not at the timejbeen converted into rentes, and the "Statpsman's Year Book" gives only the capital of the rentes. But tliose who put the French debt at $4,500,000,000 must include municipal and other local indebtedne?s, much of which was ineurred for war purjjoses during the late conflict with Germauy. There is probably not much difference between the debts of Franco aiid Great Britain at the present moment. - Chicago Times.