Decrease Of Population In France 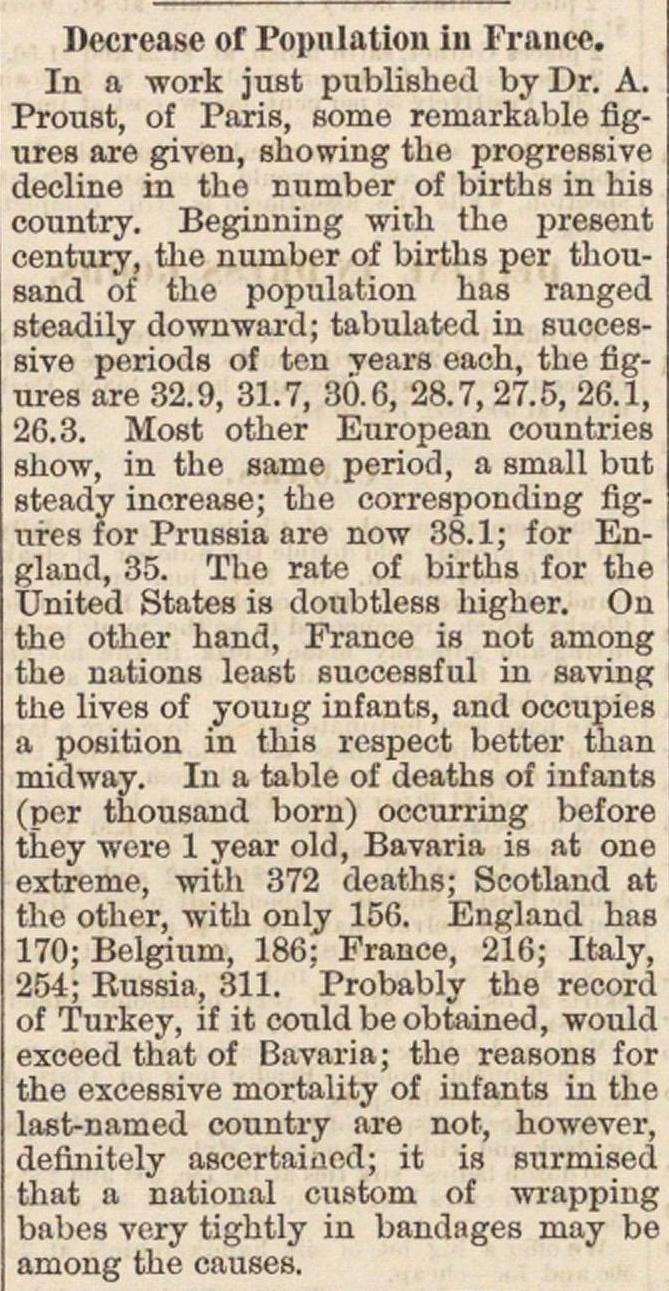 In a work just published by Dr. A. Proust, of Paris, some remarkable figures are given, showing the progressive decline in the number of births in his country. Beginning with the present century, tlie number of births per thousand of the population has rnnged steadily downward; tabulated in successive periods of ten years eaoh, the figures are 32.9, 31.7, 30. 6, 28.7, 27.5, 26.1, 26.3. Most other European countries show, in the same period, a small but steady inorease; the eorresponding figures for Prussia are now 38.1; for England, 35. Tho rate of births for the United States is doubtless higher. On the other hand, France is not among the nations least successful in saving the lives of youug infants, and occupies a position in this respect better than midway. In a table of deaths of infante (per thousand born) occurring before they were 1 year old, Bavaria is at one extreme, with 372 deaths; Scotland al the other, with only 156. England haa 170; Belgium, 186; France, 216; Itely, 254; Russia, 311. Probably the record of Turkey, if it couldbeobtained, woulö exceed tiiat of Bavaria; the reasons for the excessive mortality of iufants in tlie last-named country are not, however, definitely asccrtaiaed; it is surmised that a national custom of wrapping babes very tightly in banduges may be among the causes.