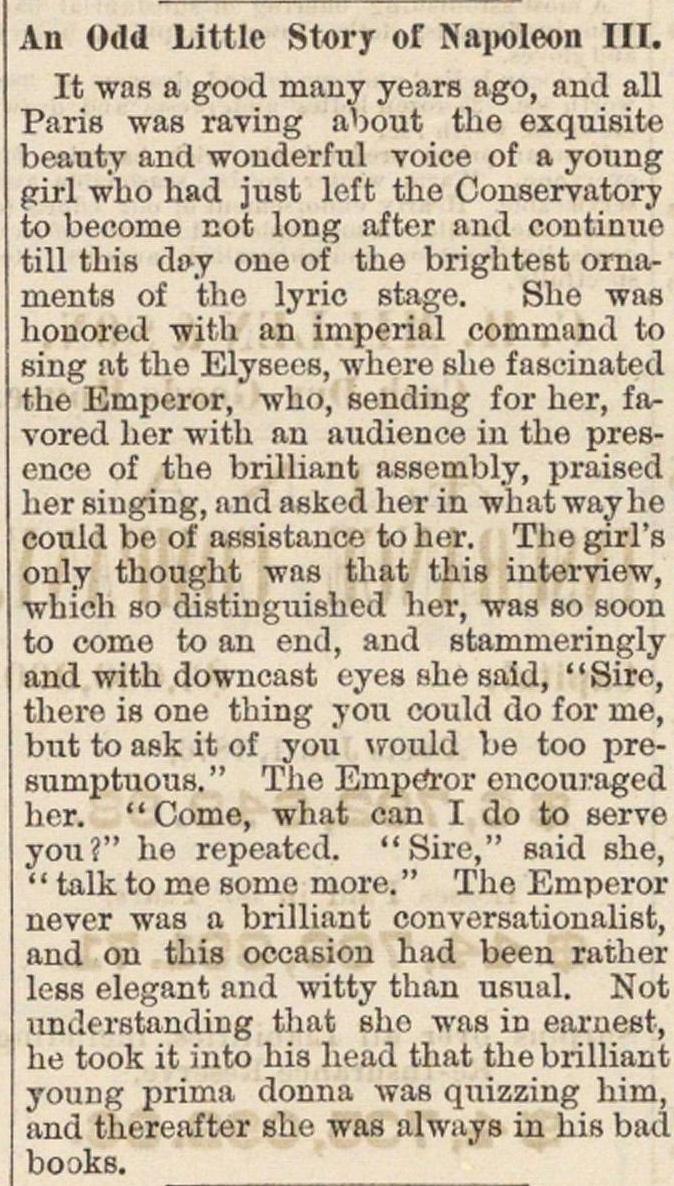 It was a good niany years ngo, and al Paris was raving about the exquisite leanty and wouderful voice of a young lirl wbo had just left the Conservator; xi become not long after and continuo ;ill this doy one of the brightest ornanents of the lyric stage. She was louored with an imperial commnnd to ing at the Elysees, where she fascinatet ;he Emperor, who, sending for her, faiored her with an audience in the pres nv of the brilliant assembly, praisec lier siuging, and asked her in what wayhe ;ould be of assistance to her. The girl's snly thought was that this interview which so distinguished her, was so soon to come to an end, and stammeringl; und with downcast eyeswhesaid, "Sire there is one thing you could do for me but to aek it of yon would be too pre aumptuous." The Empeïor oncouragcc lier. "Come, what can I do to serve you?" he repeatcd. "Sire," said she " talk to me sonie more." The Empero never was a brilliant conversationalist and on this occasion had been rathe less elegant and witty than usual. No understanding tliat sho was in earnest he took it into his head that the brillian young prima donna was quizzing him and thereafter she was always in his bai books.