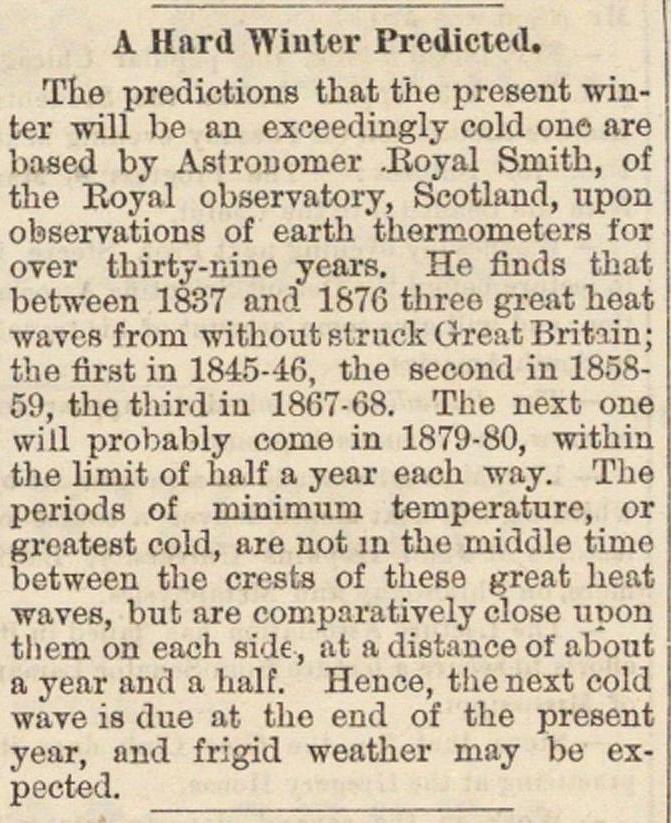 The predictions that the present winter will be au exceedingly cold one are based by Astrouomer .Koyal Smith, of the Royal observatory, Scotland, upon observations of earth thermometers for over thirty-nine years. He finds that between 1837 and 187G three great heat waves from without struekGreiitBrifciin; the flrst in 1845-46, the second in 185859, the third iu 18G7-68. The next one will prolably come in 1879-80, rithm tlie limit of half a year each way. The pcriods of minimum temperature, or greatest cold, are not in the middle timo between the crests of these great heat waves, but are comparatively close upon tliem on each side, at a distance of about a year and a half. Henee, the next cold wave ia due at the end of the present year, and frigid weather may be expected.