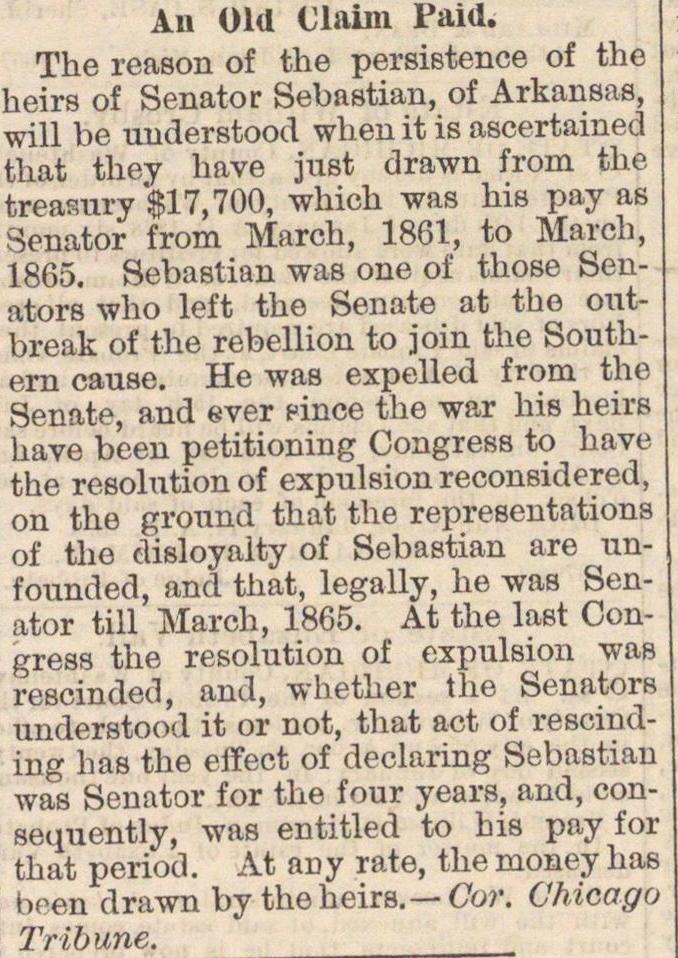 The reason of the persistence of the heirs of Senator Sebastian, of Arkansas, will be understood when it is ascertained that they have just drawn from the treasury $17,700, which was his pay as Senator from March, 1861, to Maroh, 1865. Sebastian was one of those Senators who left the Senate at the ontbreak of the rebellion to join the Southern cause. He was expelled from the Senate, and ever s-ince the war his heirs have been petitioning Congress to have the resolution of expulsión reconsidered, on the gronnd that the representations of Üie disloyaity of Sebastian are unfounded, and that, legally, he was Senator till March, 1865. At the last Congress the resolution of expulsión was rescinded, and, whether the Senators understood it or not, that act of rescinding has the effect of declnring Sebastian was Senator for the four years, and, consequently, was entitled to his pay for that period. At any rate, the money has