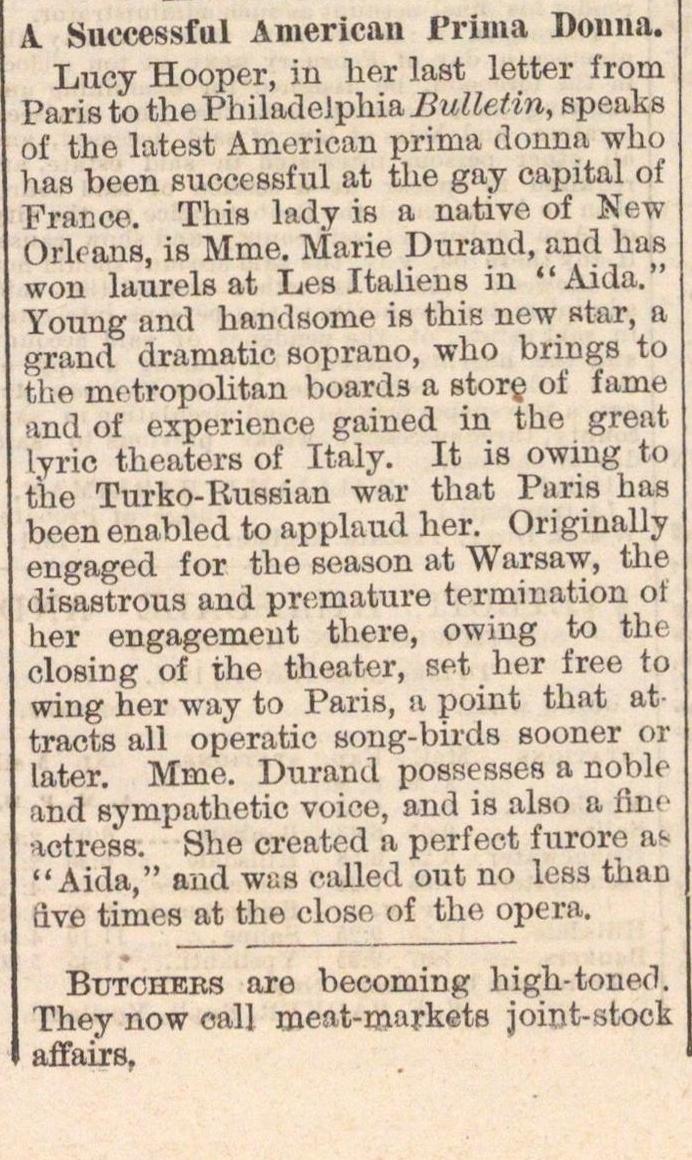 Lucy Hooper, in her last letter from Paris to the Philaclelphia Bulletin, speaks oí the latest American prima donna who has been suceessful at the gay capital of France. This lady is a native. of New Orlrans, is Mme. Marie Durand, and has won laurels at Les Italiens in "Aida." Young and handsome is this new star, a grand dramatic soprano, who brings to the motropolitan boards a store of fame and of experience gained in the grent lyric theaters of Italy. It is owing to the Turko-Iiussian war that Paris bas been enabled to applaud her. Originally engaged for the season at Warsaw, the disastrous and premature termination of lier engagement there, owing to the closing of the theater, set her free to wing her way to Paris, a point that at tracts all operatic song-birds sooner or later. Mme. Durand possesses a noble and sympathetic voice, and is also a fine actress. Slie created a perfect furore as "Aida," and ws e.alled out no Ies3 than iive times at the close of the opera. Butchebs are becoming high-toned. They now cal] meat-markets joint-stock I affairs, '