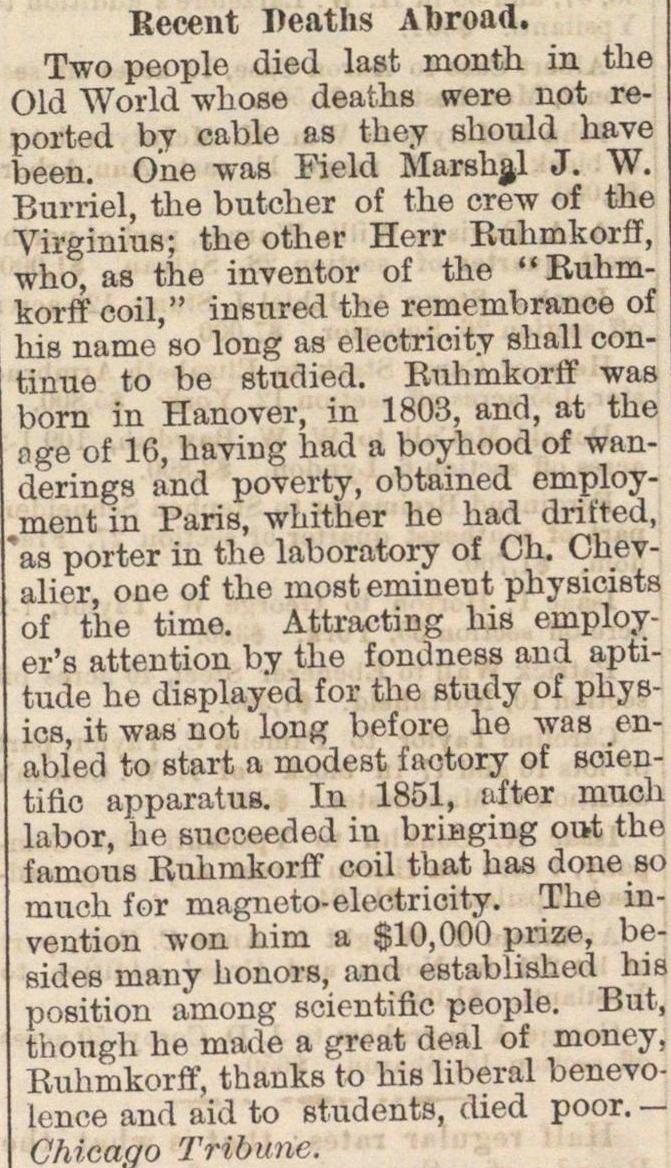 Two people died last month in the Old World whose deaths were not reported by cable as they should have been. One was Field Marshal J. W. Burriel, the butcher of the crew of the Virginius; the other Herr Kuhmkorff, who, as the inventor of the "Ruhmkorff ooil," insnred the remembrance of bis name so long as electricity shall continue to be studied. Buhmkorff was born in Hanover, in 1803, and, at the oge of 16, having had a boyhood of wanderings and poverty, obtained employment in Paris, whither he had drifted, as porter in the laboratory of Ch. Chevalier, one of the most eminent physicists of the time. Attracting his employer's attention by the fondness and aptitude he displayed for the study of physics, it was not long before he was enabled to start a modest f aotory of soientific apparatus. In 1851, nfter mucli labor, he sucoeeded in bringing oit the famoua Euhmkorff coil that has done so much for electricity. The invention won him a $10,000 prize, besides many honors, and established his position among scientiñc people. Bat, thongh he made a great deal of money, Ruhmkorff, thanks to his liberal benevolence and aid to students, died poor. -