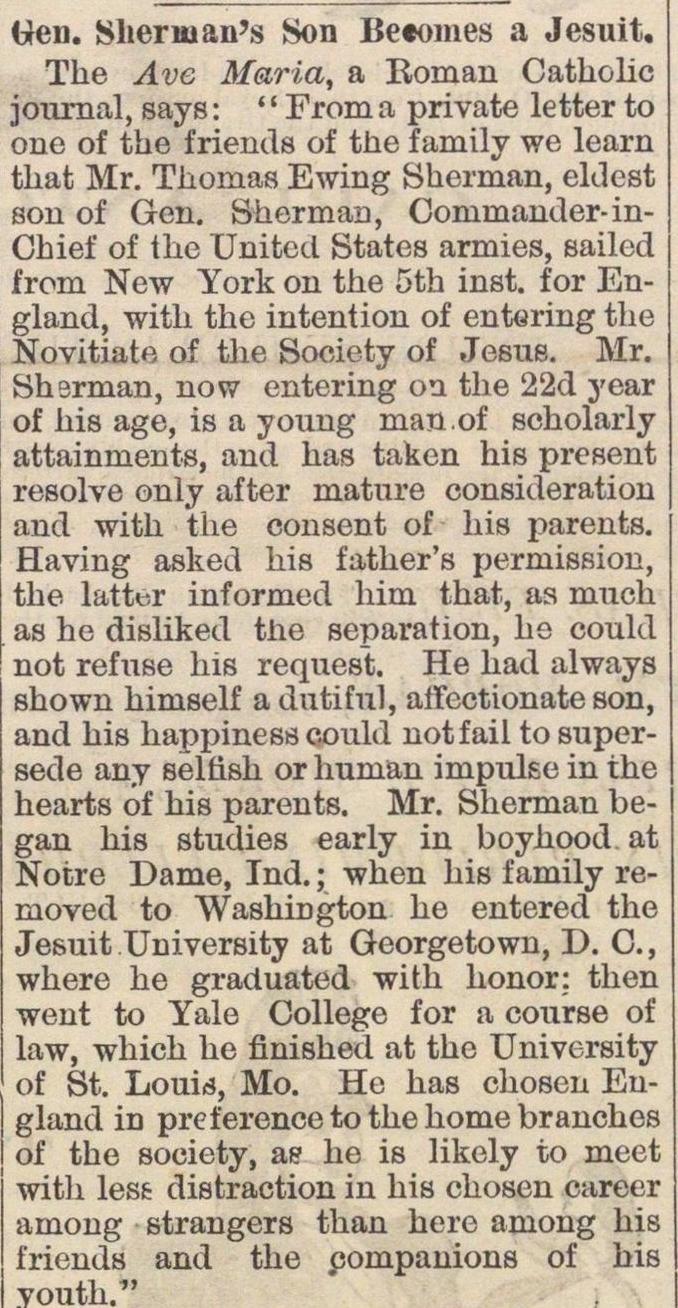 The Ave Maria, a Koman Catholic joumal, says: " Froma private letter to one of the friends of the family we learn that Mr. Thomas Ewing Sherman, eldest aon of Gen. Sherman, Coniinander-inChief of the United States armies, sailed from New York on the 5th inst. for England, with the intention of entering the Novitiate of the Society of Jesus. Mr. Sbornian, now entering on the 22d year of his age, is a young man. of scholarly attaininents, and has taken his present resolve only after mature oonsideration and with the consent of his parents. Having asked his father's permission, the lattur informed him that, aa mueh as he disliked the separation, he could not refnse his request. He had always shown himself a dutiful, affectionate son, and his happiness could notfail to supersede any selñsh or human impulse in the hearts of his parents. Mr. Sherman began his studies early in boyhood. at Notre Dame, Ind. ; when his family removed to Washington he entered the Jesuit University at Georgetown, D. O., where he graduated with honor: then went to Yale Ooilege for a course of law, which he finished at the University of St. Louis, Mo. He has chosen Eugland in preferenceto the home branches of the society, as he is likely to meet with less distraction in his chosen career among strangers than here among his friends and the pompanions of his vouth."