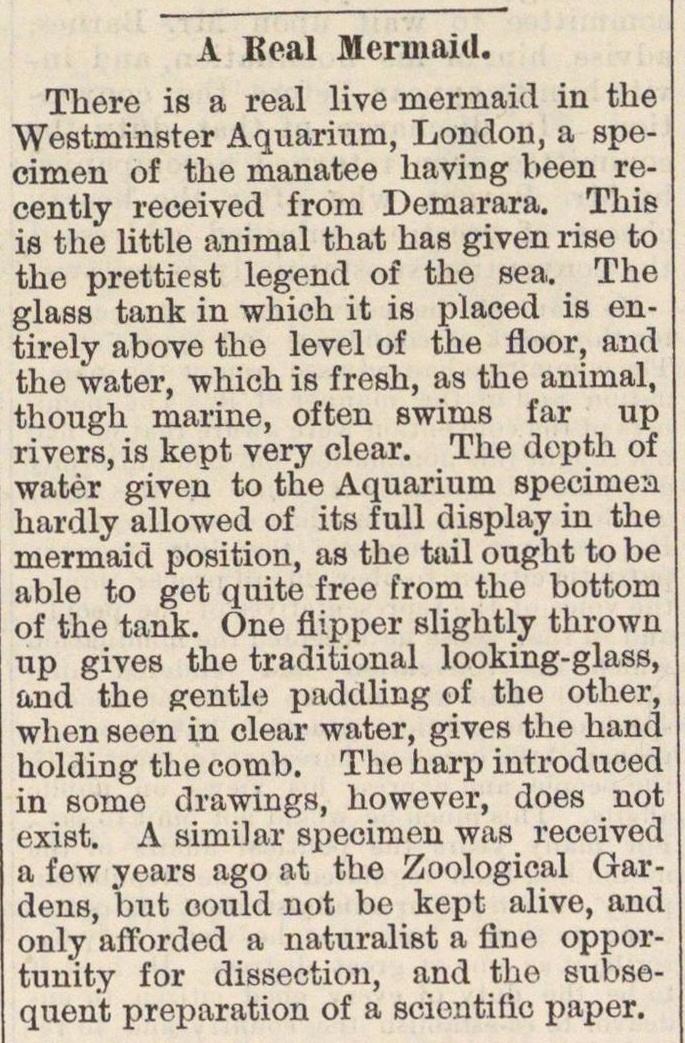 There is a real live mermaid in the Westminster Aquarium, London, a specimen of the manatee having been recently received from Demarara. This is the little animal that has given rise to the prettiest legend of the sea. The glass tank in which it is placed is en;irely above the level of the floor, and the water, which is fresh, as the animal, though marine, often swims far up rivers, is kept very clear. The dopth of water given to the Aquarium specimea hardly allowed of its full display in the mermaid position, as the tail ought to be able to get quite free from the bottom of the tank. One flipper slightly thrown up gives the traditional looking-glass, and the gentle paddling of the other, when seen in clear water, gives the hand holding the comb. The harp introduced in some drawings, however, does not exist. A similar specimen was received a few years ago at the Zoological Gardens, but oould not be kept alive, and only afforded a naturalist a fino opportunity for dissection, and tlie subsequent preparation of a scientiftc paper.