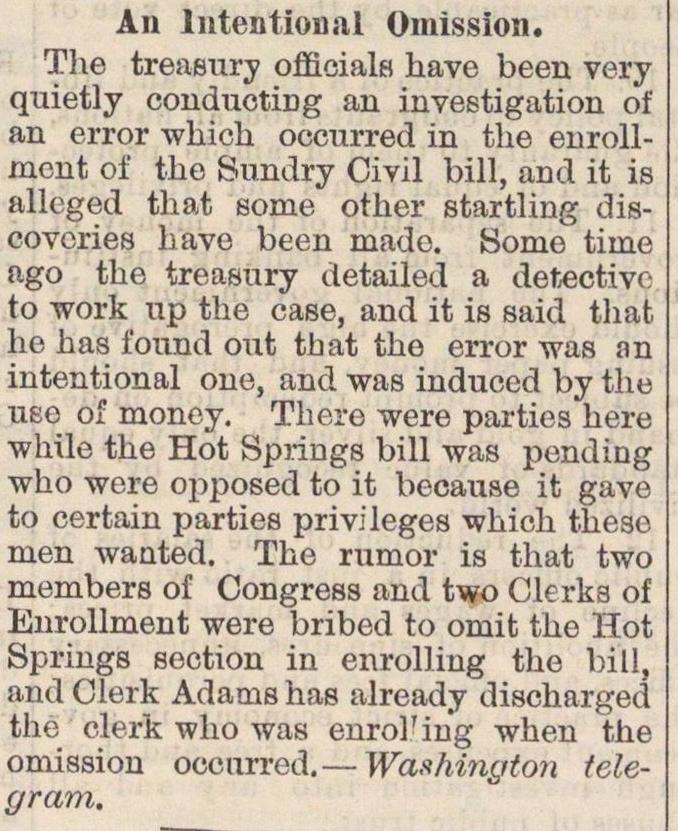 The treasury officials have been very quietly conducting an investigation of an error which ocourred in the enrollmcnt of the Sundry Civil bilí, and it is allcged that some other startling discovcries havo been made. Some time ago the treasury detailed a detective to work up the case, and it is said that he has í'ound out that the error was an intentional one, and was induced by the ueo of money. Th ere were parties here while the Hot Springs bill was pending who were opposed to it bocanse it gave to certain parties privileges ■which these men waated. The rumor is that two members of Congress and two Clerks of Enrollment were bribed to omit the Hot Springs soction in enrolling the bill, and Clerk Adamshas already discharged the clerk who was enrol'ing when the