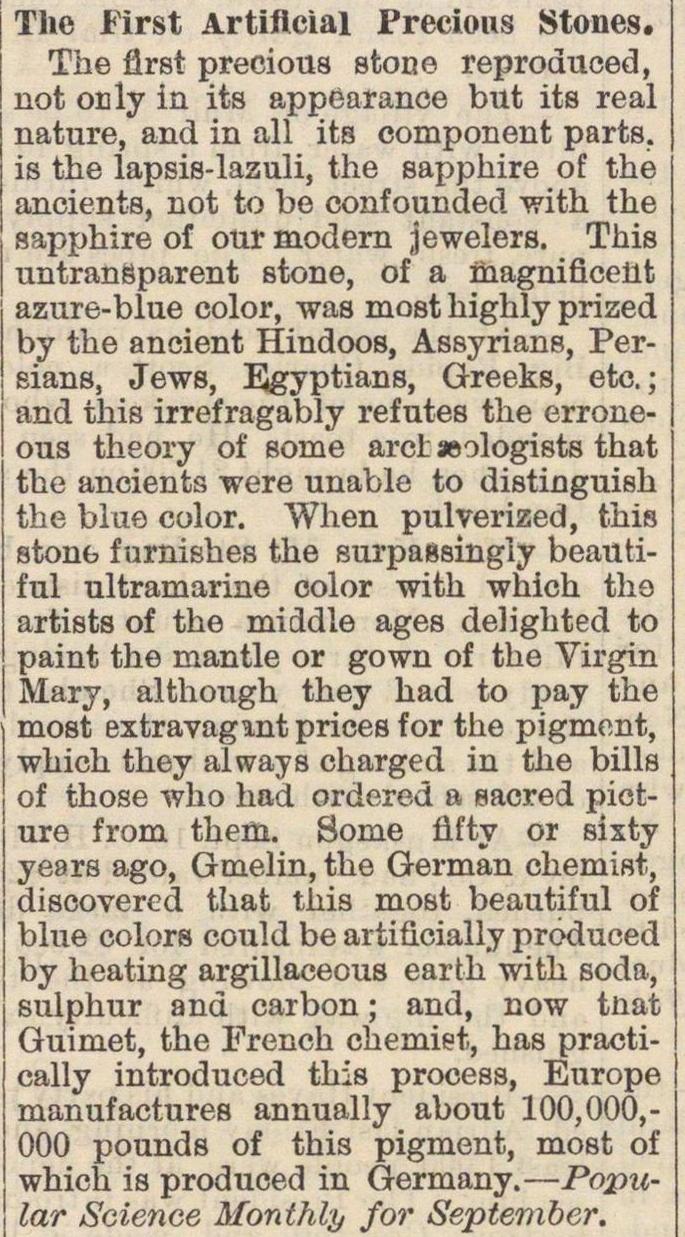 The flrst precious stone reproduced, Bot orly in its appearance but its real nature, and in all its component parts. is the lapsis-lazuli, the sapphire of the ancients, not to be confounded with the sapphire of our modern jewelers. This untranBparent stone, of a magnificeilt azure-blue color, was most highly prized by the ancient Hindoos, Assyriana, Persiana, Jews, Egyptians, Greeks, etc. ; and this irrefragably refutes the erroneous theory of some arct seologists that the ancients Tvere unable to distinguiah the blue color. When pulyerized, this stont. furnishes the surpausingly beautiful ultramarine color with which the artists of the middle ages delighted to paint the mantle or gown of the Virgin Mary, although they had to pay the most extravagint prices for the pigment, which they always charged in the bilis of those who had ordered a sacred picture from them. Some flfty or sixty years ago, Gmelin, the Germán chemist, discovered that this most beautiful of blue colors could be artificially produced by heating argillaceous earth with soda, sulphur and carbon ; and, now tnat Guimet, the French chemist, has practically introduced this procesa, Europe manufactures annually about 100,000,000 pounds of this pigment, most of whinh is tiroduoed in Germanv. -