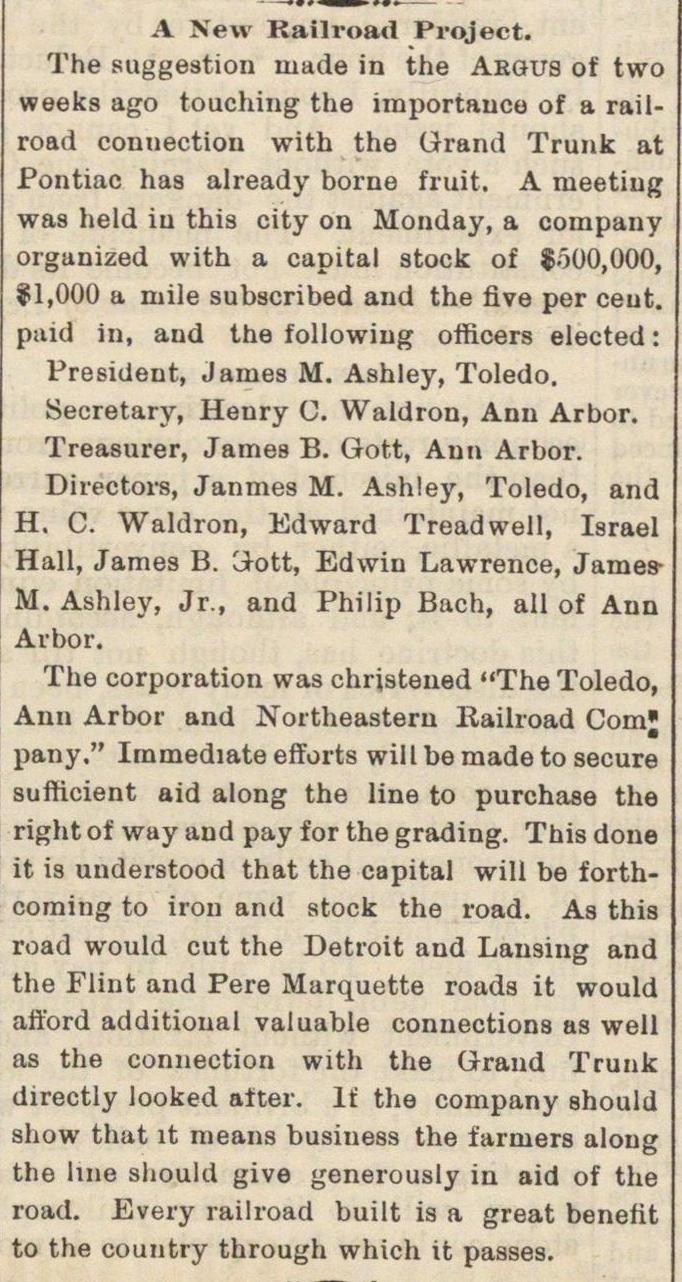 ine suggestion imuie m the AEOua ot two weeks ago touching the importauco of a railroad couuection with the Granil Trunk at Pontiac has already borne fruit. A nieetiug was held iu this city on Monday, a company organized with a capital stock of $000,000, Y1,000 a mile subscribed and the five per ceut. paid in, and the following officers elected : President, James M. Ashley, Toledo. Secretary, Henry C. Waldron, Ann Arbor. Trea8urer, JameB B. Gott, Ann Arbor. Directora, Janmes M. Ashley, Toledo, and , C. Waldron, Edward Treadwell, Israel all, James B. Ciott, Edwin Lawrence, James. Ashley, Jr., and Philip Bach, all of Ann rbor. The Corporation was christened "The Toledo, nu Arbor and Northeastern Itailroad ComJ any." Immediate efforts will be made to secure ufticient aid along the line to purchase the ght of way and pay for the grading. This done ; is under8tood that the capital will be forthoming to iron and stock the road. As this ad would cut the Detroit and Lausing and ie Fliut and Pere Marquette roads it would ïord additioual valuable connections as well s the connection with the Grand Trunk rectly looked alter, lf the company should iow that it nieans business the farmers aloug e line should give generously in aid of the oad. Every railroad built is a great benefit the country through which it passes.