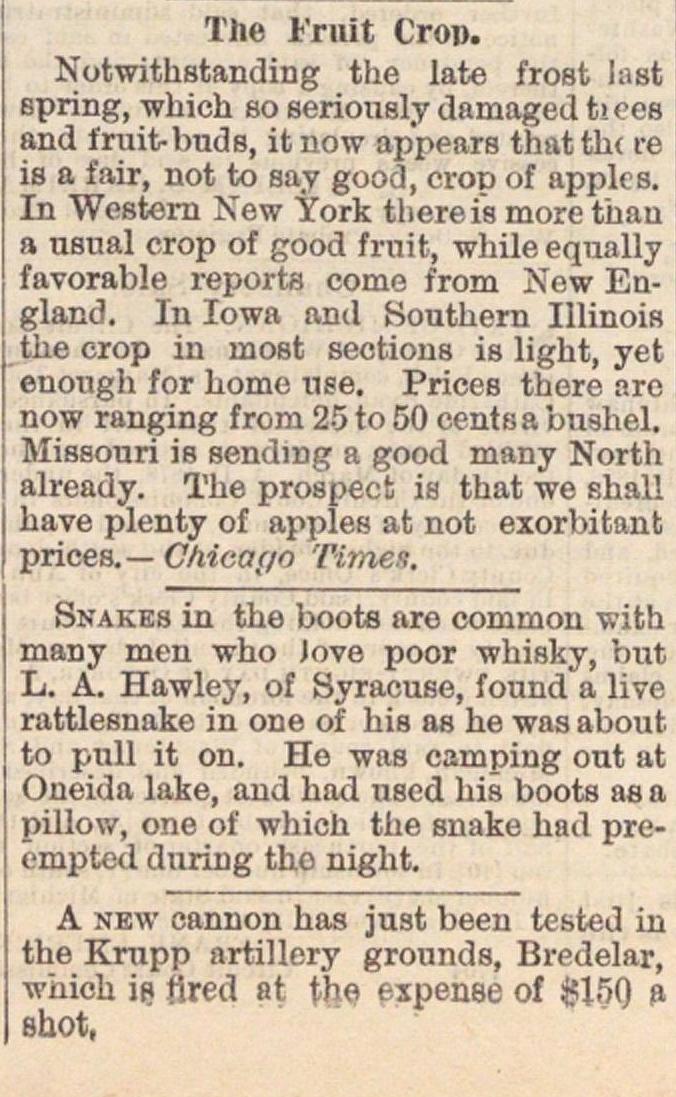 ïsotwithstanding the late frost last spring, which so seriously damaged tices and bnds, it now appears thatthc re is a fair, not to say good, erop of apples. In Western New York thereis more thau n usnal erop of good fruit, whileequally favorable reporta come from New England. In Iowa and Kouthern Illinois the erop in most sections is light, yet enough for home use. Prices there are now ranging from 25to50 centsabnshel. I Missouri is sendmg a good many North I already. The prospect is that we shall have plenty of apples at not exorbitant prices.- Chica ro Timen, Snakbs in the boots are common with many men who Jove poor whisky, but L. A. Hawley, of Syracuse, found a live rattlesnake in one of his as he was about to pull it on. He wns camping out at Oneida lake, and had nsed his boots as a pillow, one of whicn the snake had preempted during tho night. A nbw cannon has just been tested in the Krupp artillery grounds, Bredelar, which ip flred at the expense of 8150 & shot,