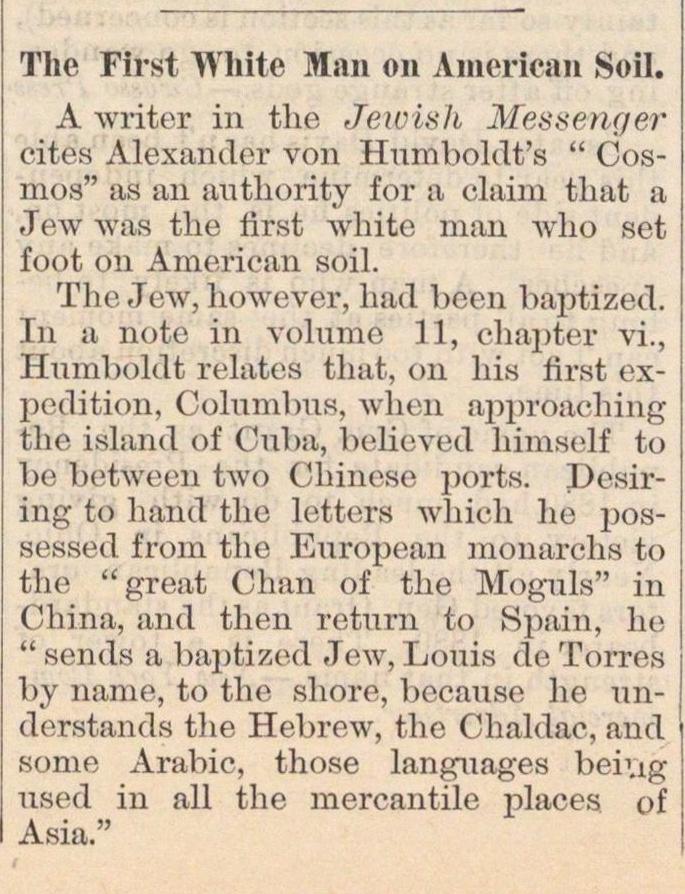 A writer in the Jewisli Messenger cites Alexander von Humboldt's " Cosmos" as an authority for a claim thnt 11 Jew was the flrst white man who set foot on American soil. The Jew, however, had been baptized. In a note in volume 11, chapter yi., Hnmboldt relates that, on his lirst expodition, Columbus, wlien approaching tlie island of Cuba, believed himself to be between two Chinese porte. Desiring to hand the letters whieh he possessed from the European monarchs to the "great Chan of the Moguls" in China, and then return to Spain, he " sends a baptized Jew, Louis de Torres by name, to the shore, bccause he understunds the Hebrew, the Chaldac, and some Arabic, those languages beiug used in all the mercantile places of Asia."