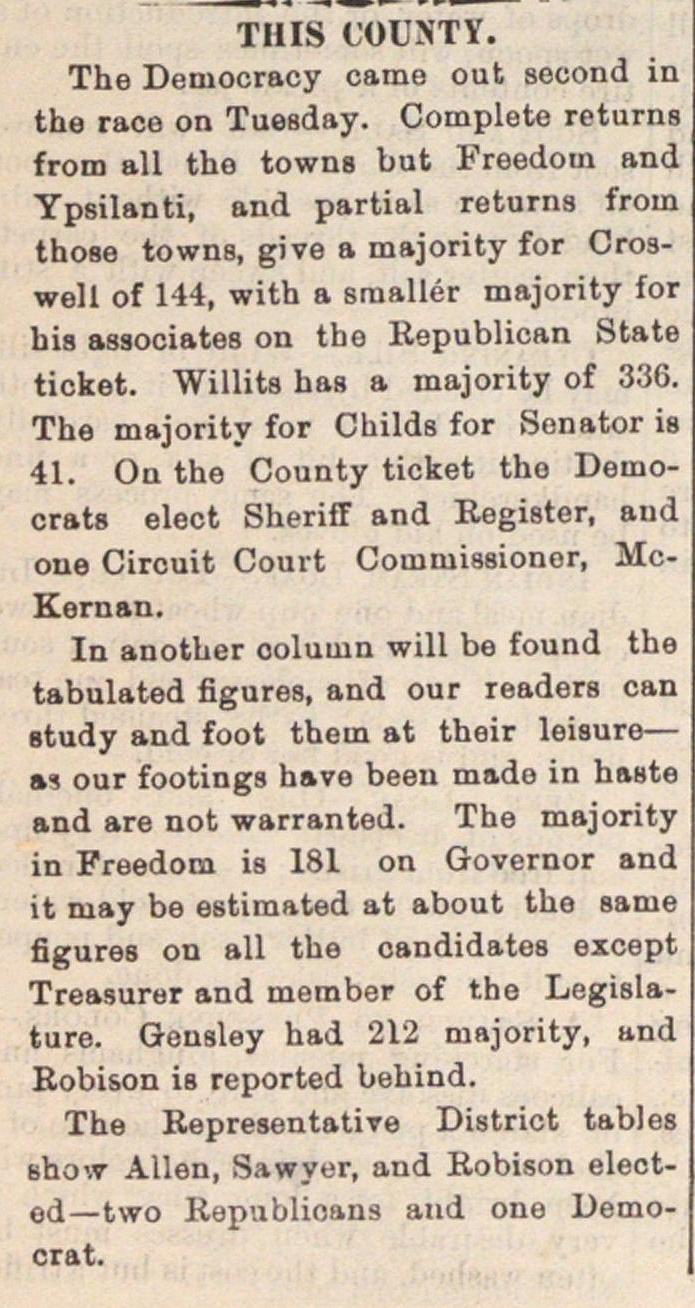 The Deniocracy camo out socond in the raco on Tuesday. Complete returns from all tho towns but Freedotn and Ypsilanti, and partial returns from those towns, give a majority for Croswell of 144, with a smaller majority for his associates on tho Kepublican State ticket. Willits has a majority of 336. The majority for Childs for Senator is 41. On the County ticket the Democrats elect Sheriff and Register, and oue Circuit Court Coinmissionor, McKernan. In another ooluuin will be found the tabulated figures, and our readers can study and foot thein at their leisure - as our footings have been mado in haste and are not warranted. The majority in Freedom is 181 on Governor and it niay be estiraated at about the same figures on all the candidatos except Treasurer and member of the Legislature. Gensley had 212 mnjority, and Bobison is reported behind. The Representative District tables show Allen, Sawyer, and Robison elected - two Republioans and one Democrat.