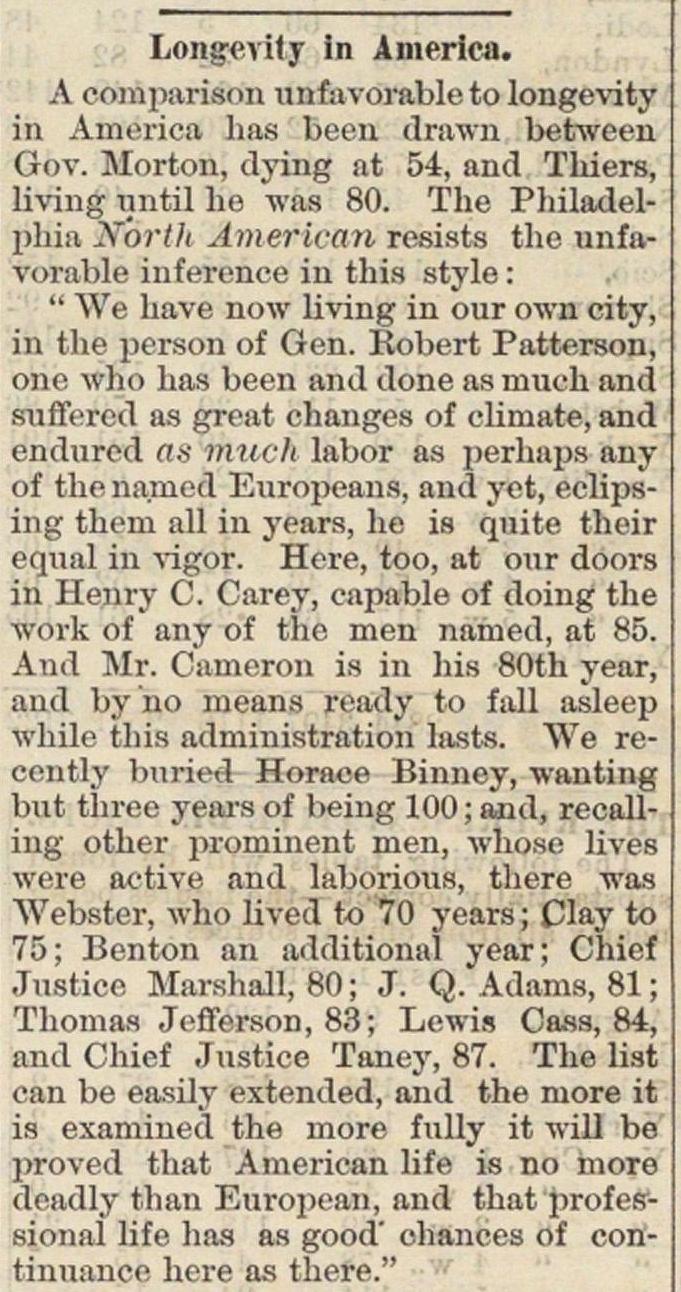 A comparison linfa vorable to longevity in America has been drawn between Gov. Morton, dying at 54, and Thiers, living nntil lio was 80. The Philadelphia Nprth American resists the unfiivorable inferunce in this style : " We have now living in our own city, in the person of Gen. Robert Patterson, one who has been and done as much and sníl'crcd as great changes of climate, and endured as mucli labor as perhaps any of the na.med Europeans, and yet, eclipsing them all in years, he is quite their equal in vigor. Here, too, at our doors in Henry C. Carey, capable of doing the vork of any of the men nanied, at 85. And Mr. Cameron is in his 80th year, and by no means ready to fall asleep While this administration laste. We recently burietl Horace Binney, wanting but three years of being 100 ; and, recalliug other prominent men, wliose lives were active and laborious, there ■was Webster, who lived to 70 years; Clay to 75; Benton an additiónal year; Chief Justice Marshall, 80; J. Q. Adams, 81 ; Thomas Jefferson, 83; Lewis Oass, 84, and Chief Justice Taney, 87. The list can be easily extended, and the more it is examined the more fully it will be proved that American life is no more deadly than European, and that professional life has as good' chances of continuancfi here as there."