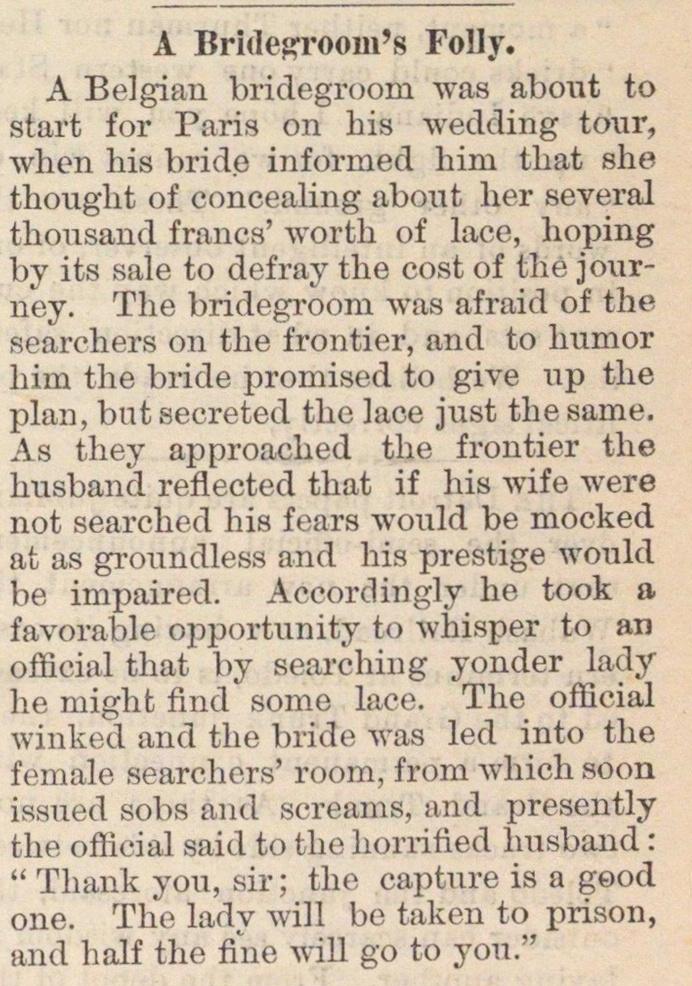 A Belgian bridegroom was abont to start for Paris on Iris wedding tour, when his bride informed him tbat she thought of conoealing about her several thousand francs' worth of lace, lioping by its sale to defray the cost of thé journey. The bridegroom was afraid of the searehers on the frontier, and to humor him the bride promised to give up the plan, bnt secreted the lace just the same. As they approached the frontier the husband reflected that if his wife were not searched his fears would be mooked at as groundless and his prestige would be impaired. Accordingly he took a favorable opportunity to whisper to an official that by searching yonder lady he might find some lace. The official winked and the bride was led into the female searehers' room, from which soon issued sobs and screams, and presently the oflicial said to the horrified Imsband : " Thiink you, sir; the capture is a geod one. The lady will bc taken to prison, and half the fine will go to you."