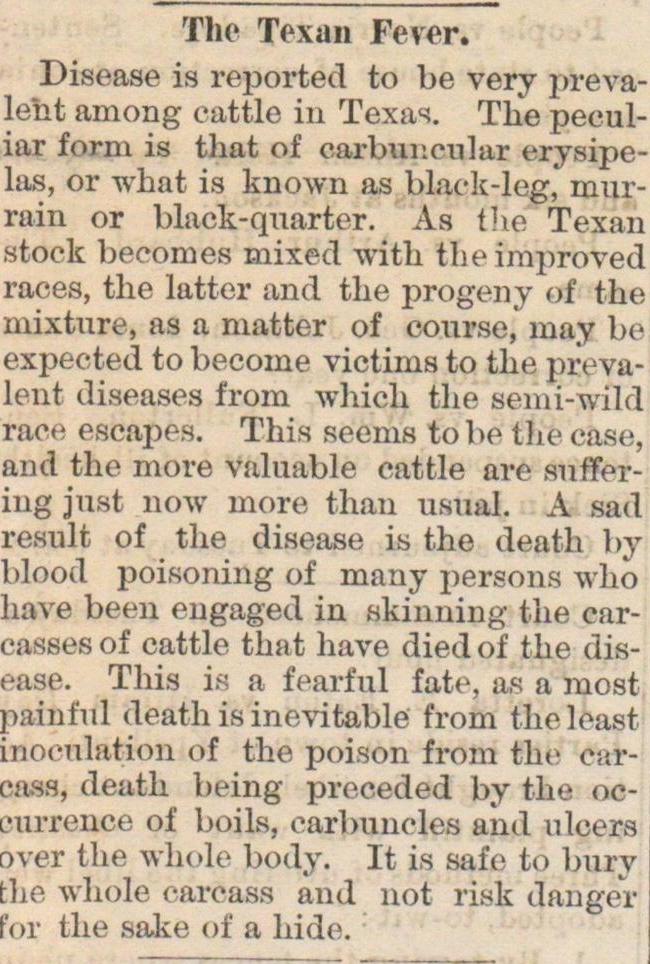 Disease is reported to be very prevalent among eattle in Texas. The peculiar form is that of carbuncular erysipelas, or what is known as blac-k-leg, murrain or black-quarter. As the Texan stock becomes mixed with tlieimproved races, the latter and the progeuy at the mixture, as a matter of course, may be expected to becoine viotiras to the prevalent diseases from which the seiñi-wíld race escapes. This seems to be the case, and the more valuable cattle are auffering jtust noiv more than usual. A sad result of the disease is the death by blood poisoning of many persons who have been engaged in kinning the carcasses of cattle that have died of the disease. This is a fearful fate, as a most painful death is inevitable from the least inomlation of the poison from the fttfrcass, death being preceded by the oceurrence of boils, carbunoles and ulcera over the whole body. It is safe to bury the hole caröass and not risk (langer Por the sake of a hide.