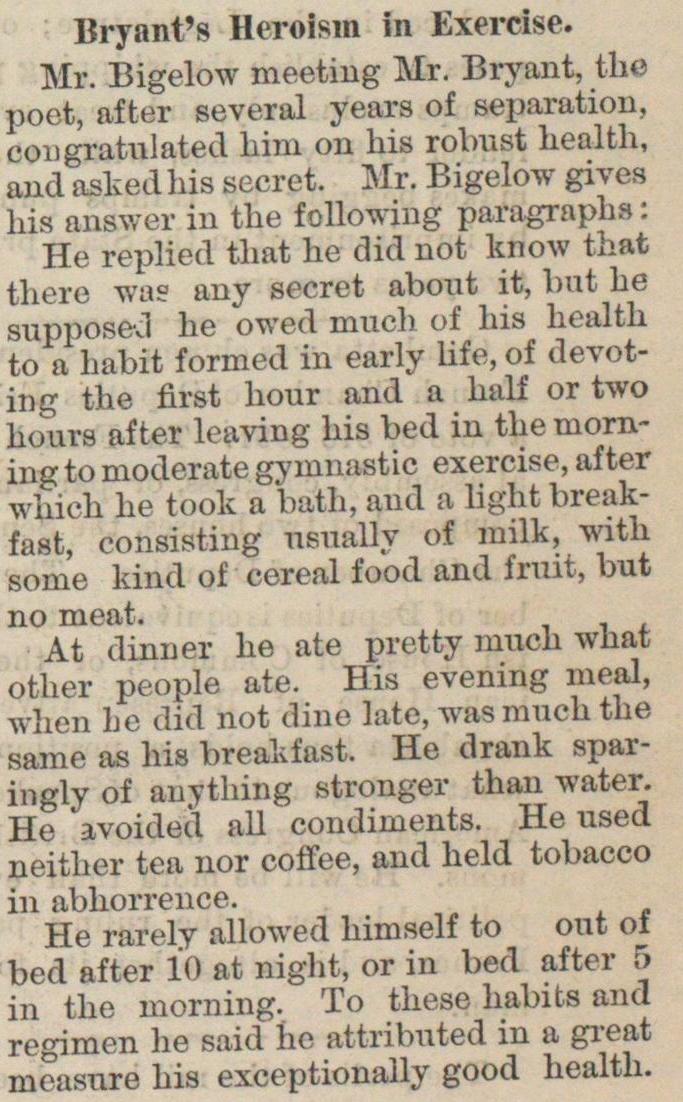 Mr. Bigelow meeting Mr. Bryant, the poet, after several years of separation, congratulated liim on his robust health, and asked his secret. Mr. Bigelow gives his answer in the following paragrnphs : He replied that he did not know that there was any secret about it, but he supposed he owed mucl) of his health to a habit formed in early life, of devotinc the first hour and a half or two hoiirs after leaving his bed in the morning to moderate gy mnastic exercise, after which he took a batth, and a light breakfast, consisting nsually of railk, with some kind of cereal food and fruit, but no meat. At dinner he ate pretty much what other people ate. His evening meal, when he did not diñe late, was much the same as his brealdast. He drank sparingly of anything stronger than water. He avoided all condimenta. He used neither tea nor coffee, and held tobáceo in abhorrénce. He rarely allowed himself to out ot bed after 10 at night, or in bed after f in the morning. To these habits and régimen he said he, attribnted in a great mcasnre his exceptionally good health.