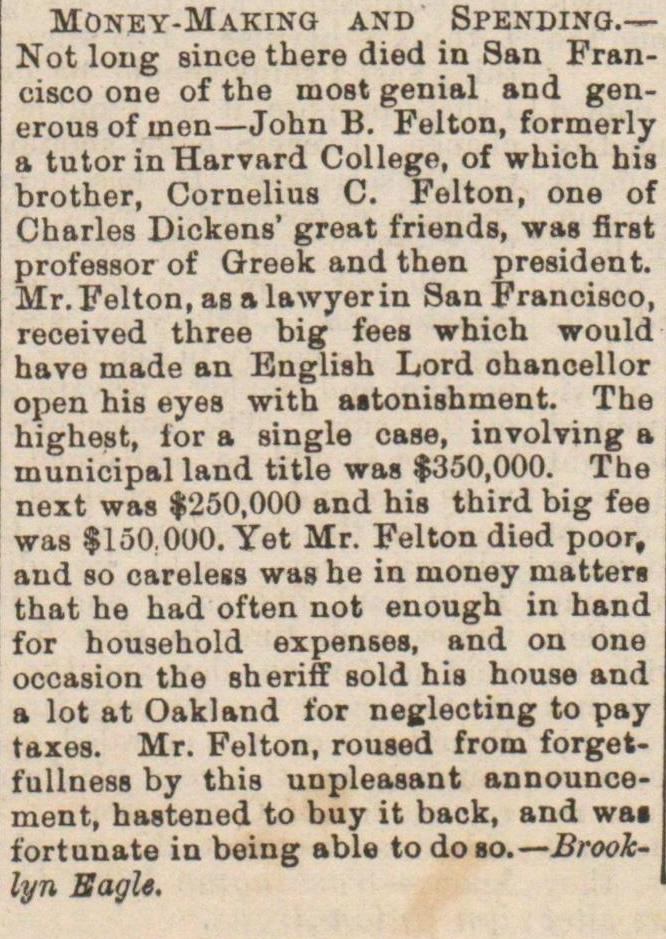 Not long since there diea in ban a Tancisco one of the most genial and generous of inon - John B. Felton, formerly a tutor in Harvard Collego, of which his brother, Cornelius C. Felton, one of Charles Dickens' great friends, was first professor of Greek and then president. Mr. Felton, as a lawyerin San Francisco, received three big fees which would have made an English Lord ohancellor open his eyes with aitonishment. The highest, lor a single case, involving a municipal land title was $350,000. The next was $250,000 and his third big fee was $150.000. Yet Mr. Felton died poor, and so careleas was be in money matten that he had often not enough in hand for household expenses, and on one occasion the sheriff sold his house and a lot at Oakland for neglecting to pay taxes. Mr. Felton, roused from forgetfullness by this unpleasant announcement, hagtened to buy it back, and waf fortúnate in being able to do so. - Brook',yn Bagle.