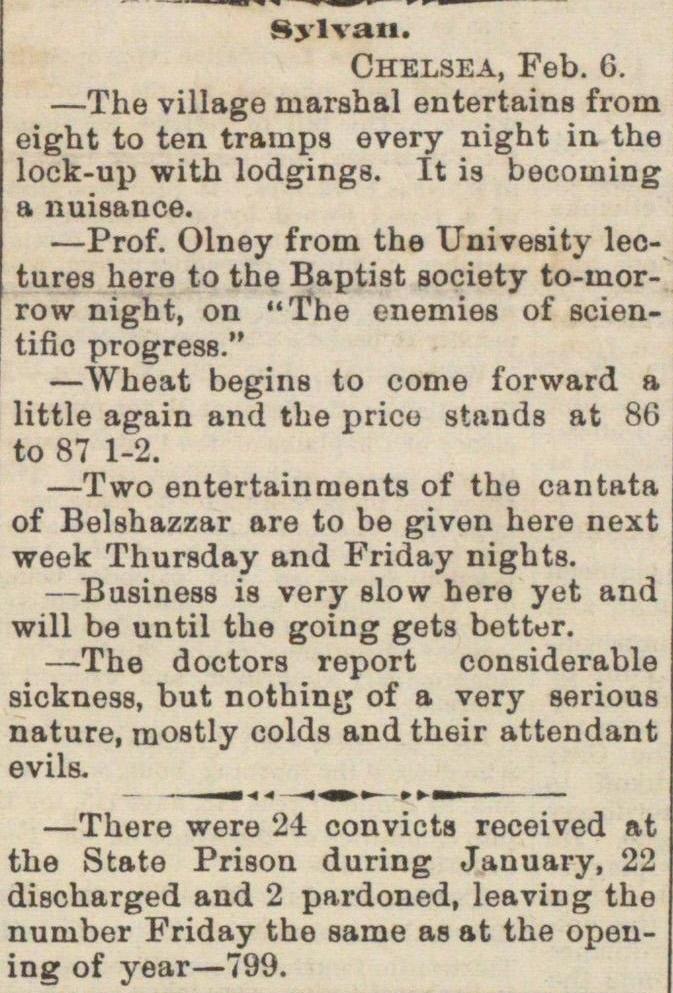 - The village marshal entertains from eight to ten tramps every night in the lock-up with lodgings. It is becoining a nuiaance. - Prof. Olney from the Univesity leoturea here to the Baptist society to-inorrow night, on "The enemies of scientiflo progresa." - Wheat begins to come forward a little again and the prico stands at 86 to 87 1-2. - Two entertain ments of the cantata of Belshazzar are to be given here next week Thursday and Friday nights. - Business is very slow here yet and will be until the going gets better. -The doctors report considerable sickness, but nothing of a very serious nature, mostly colds and their attendant evils. - There were 24 convicta received at the State Prison during January, 22 discharged and 2 pardoned, leaving the number Friday the same as at the opening of year - 799.