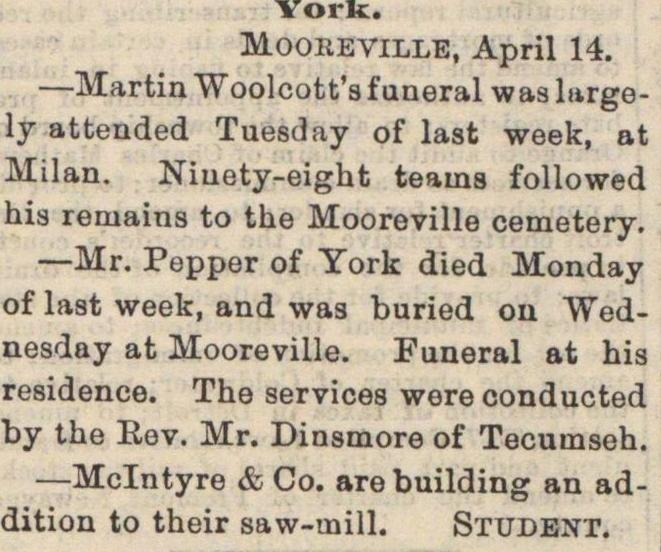 Moorevillk, April 14. - Martin Woolcott's funeral was lurgely attended Tuesday of last week, at Milan. Niuety-eight teams followed his remains to the Mooreville cemetery. - Mr. Pepper of York died Monday of last week, and was buried on "Wednesday at Mooreville. Funeral at his residenee. The services were conducted by the Eev. Mr. Dinsmore of Tecumseh. - Mclntyre & Co. are building an addition to their saw-inill. Student.